The Atlanta Falcons hold the #4 pick in the 2021 NFL Draft and could go in several different directions. Plenty of Falcons rumors have focused on them looking at quarterbacks and the latest is Ohio State’s Justin Fields. He could be on the board for Atlanta and the Falcons have interest based on who is going to his pro day: Falcons GM Terry Fontenot, coach Arthur Smith and OC Dave Ragone will be in attendance. So, that the route the Falcons will go? Watch today’s Falcons video from Chat Sports. 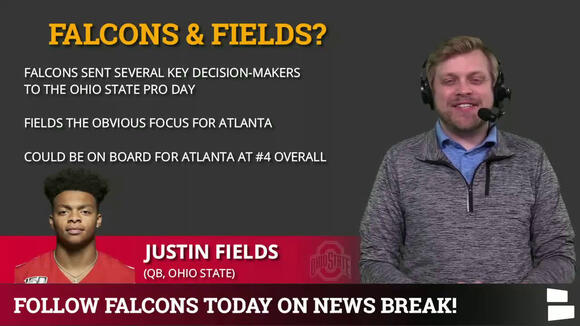