Chat Sports video: What if the Falcons traded back twice in the first-round of the 2021 NFL Draft instead of staying put at #4? NFL Network’s Daniel Jeremiah suggested that Atlanta could work multiple trades in the first-round and still pick up a top pass rusher. #4 overall is expected to be highly sought after with the idea that up to five quarterbacks could be taken in the top 15. If Atlanta were to trade back, they could expect a huge hall in return. 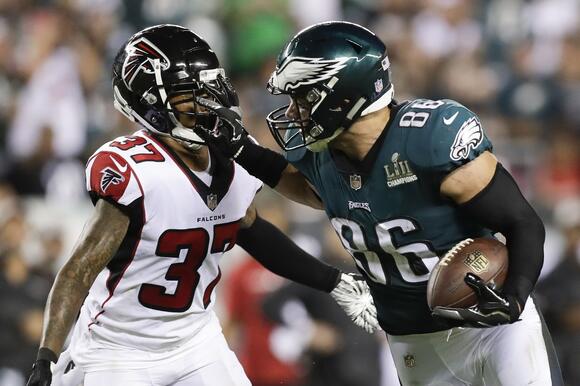