Atlanta Falcons news is heating up with 2021 NFL Free Agency just two weeks away. Todayâs Falcons Now from Chat Sports dives into rumors around potentially signing TE Kyle Rudolph in NFL free agency after being released by the Vikings and also 4 other free agent tight ends the Falcons could target before the NFL Draft. Chat Sports host Mitchell Renz breaks down the latest Falcons free agency rumors in today's Falcons Rumors video! Comment which TE you think they should sign below. 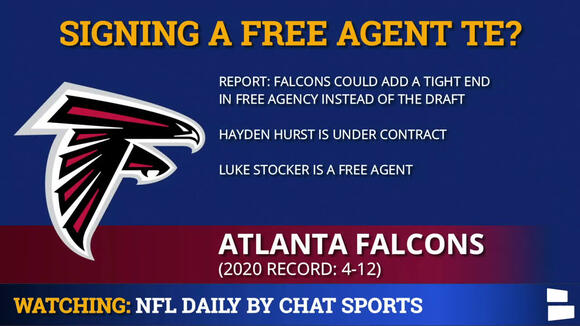