I specialize in creating engaging and timely content on the financial markets. Skilled at turning raw research, insights and data into compelling commentary for a variety of media platforms. My expertise includes writing, editing, and exceptional project management skills.

Will NJ Return to Normal This Summer? 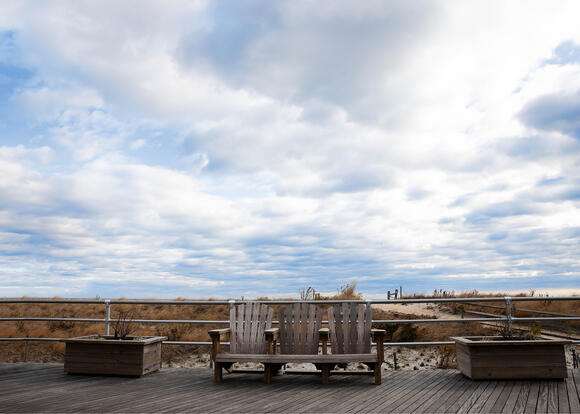 One year later. It was last year at this time when lockdowns, masks, and social distancing were introduced to the world and to New Jersey.

While the coronavirus started making headlines in late January, the effects in the United States were largely unknown until late February. Schools and businesses remained open. People went out to dinner, saw movies, and didn't worry about being six feet apart. The coronavirus quickly put an end to that.

New Jersey was one of the first states to receive social restrictions. Schools closed one after another. Virtual learning commenced. Restaurants and stores closed. Businesses sent employees home. People left their windowed offices and cubicles and the world waited with bated breath. What would happen next?

By April 5, 2020, the Garden State had over 37,000 positive cases; by the end of the month, there were over 7,000 deaths. Those numbers quickly escalated, although many hoped for a return for normalcy.

The spring and summer brought more uncertainty. Proms and graduations were postponed indefinitely. Summer camps were canceled. Concerts at PNC Bank Arts Center in Holmdel were canceled. Beach clubs and town municipalities tried to figure out if there was any way to stay socially distant and open for the summer.

Over the past 12 months, the world has become a different place. Masks are expected, everyone knows at least one person who has had COVID, and vaccinations are widely available. Will New Jerseyians have a sense of normal this summer?

PNC Bank Arts Center in Holmdel announced its summer lineup, with shows scheduled by Halsey, Earth, Wind and Fire, Steeley Dan, just to name a few. PNC is an open amphitheater that features stadium and lawn seating. Its a great place to relax and see a show.

Great Adventure was open in 2020 and has plans to reopen again for the 2021 season on Saturday, March 27. The park will be celebrating its 60th anniversary and plans to be in full adherence to Centers for Disease Controls guidelines, including temperature checks and mandated masks. Great Adventure will be debuting a new rollercoaster this year which will shatter three world records — the tallest, fastest, and longest single-rail coaster, the Jersey Devil Coaster. Wild Safari will open on Saturday, March 20, and Hurricane Harbor on Saturday, May 15.

Beaches were open in 2020 and will be open as well this summer. Each municipality has its own rules, so it is important to check with your town when badges and passes will be sold. For county, state, and federal beaches, check their websites or social media pages to see their specific requirements.

How about summer camps? Many camps have made plans to open for the summer, with registrations already open. Parents and kids alike were disappointed when summer camps were canceled last year. Monmouth County Parks opened registration for many of their in person camps earlier in March, and with limited spots, several filled up within minutes.

There's no better time to eat outside than during the warm days of summer. While some restaurants were open last year, many more will have outdoor dining for the season. Just in time to plan for the season, New Jersey Governor Phil Murphy announced an easing of restrictions on March 11. Restaurants and indoor businesses are allowed to return to 50 percent capacity, while bars, casinos, gyms, and amusement parks can return to 50 percent capacity on March 19.

You can increase the size of your outdoor barbeques as well, as the number of people allowed at private gatherings has been raised to 50 from 25.

Here's to a great summer in New Jersey!

I specialize in creating engaging and timely content on the financial markets. Skilled at turning raw research, insights and data into compelling commentary for a variety of media platforms. My expertise includes writing, editing, and exceptional project management skills.

Almost Heaven...West Virginia. With its breathtaking vistas, country roads and mountain air, West Virginia does feel like Heaven. Known as the Mountain State, West Virginia is the only state entirely within the Appalachian Mountain range and has an average elevation of 1,654 feet. Tucker County is home to some of West Virginia's most photographed spots.

Why You Should Visit These Mountains in West Virginia

Crossing into West Virginia, one of the first things you see are mountains! Known as the Mountain State, West Virginia is the only state entirely within the Appalachian Mountain range. Wild Wonderful West Virginia has many mountains to visit.

Not every Rutgers student is looking to get vaccinated. Rutgers students planned to protest this Friday, May 21, at the University's College Avenue Campus in New Brunswick to fight the mandate that they get the coronavirus vaccine in order to return to campus.

Rutgers University, The State University of New Jersey is New Jersey's largest public college. The school is spread out across the city of New Brunswick with several distinct campuses. For the 2019 school year, over 50,000 students were registered at the D1 school.

A Great Day Getaway on the Jersey Shore

Are you looking for a day getaway to fish, hike or just relax? Sandy Hook, part of the Gateway National Recreation Area, has all that, plus a place to stay!. The area was originally discovered by Sea Captain Henry Hudson in the early 1600’s and encompasses over 2,000 acres on the northernmost end of the Jersey shore. The almost seven-mile long peninsula juts out into the Atlantic Ocean and provides outstanding views of Brooklyn and Manhattan.

Wild Wonderful West Virginia! Hiking, white water rafting, lakes, mountains and great food—there is so much to do and see!. There are many outdoor activities in West Virginia, but another great activity is to visit some of its local towns!

Wild Wonderful West Virginia! Hiking, white water rafting, lakes, mountains and great food—there is so much to do and see!. Landlocked, West Virginia is a panhandle that sits between Virginia to the east and south, Maryland and Pennsylvania to the north, and Ohio and Kentucky to the west. Originally part of the Commonwealth of Virginia, the names Kanawha after an Indian tribe, and Westylvania were considered, but neither stuck.

5 Things to Do in Atlantic City Without Visiting a Casino

Atlantic City is the playground of the East....for adults who like to gamble and party. Home to casinos, nightclubs, and the boardwalk, the town is non-stop excitement and fun. However, if you are there for a business trip or need a break from gambling, what can you do?

New Jersey recently joined several other states and decriminalized marijuana. However the state went one step further with recent legislation. On February 22, 2021, Governor Murphy signed the law that would decriminalize possession of marijuana for adults 21 and over. Unbeknownst to most NJ residents was that the bill also prohibited police officers from contacting parents of minors who are suspected of using marijuana or alcohol. Currently in New Jersey, if a police officer suspected your 12-year old of using alcohol or marijuana, the officer would get in trouble if they contacted you.

Is This Your Child’s Worst Day Ever?

The past 12 months have been super hard for adults. And equally as challenging for children. Remote learning, social restrictions, masks—are new and confusing things to process for kids. They can bring up lots of different emotions.

China and the Implications of its Digital Currency

Last month China handed out red envelopes in celebration of Lunar New Year. The twist? The envelopes contained not actual cash, but digital yuan. The distribution was the latest in the country’s digital currency trials. Beijing residents will receive 200 digital yuan to be used at preselected locations or to buy select products at online retailer JD.com.

What are the Best Ways to Secure Your Digital Life?

Like it or not, devices rule our lives. From pictures to bank accounts to financial statements, every part of our lives is documented in some way on our phones, laptops, or desktops. But how secure are those precious memories, assets or important documents? And how are we keeping track of them?

Bring Back the Drive-in!

One of my favorite memories of the past few months was taking my youngest daughter to Bell Works in Holmdel to see Harry Potter and the Deathly Hallows Part 2 (one of my favorite movies). As the sun set and the parking lot filled up, I felt the same excitement as I did growing up and going to a drive-in with my parents, or as a teen, with friends.

Five Things Our COVID Puppy Taught Me About My Kids

Along with many other Americans, we decided that adding another pug in the midst of a global pandemic was a good idea. Not that we hadn’t thought of it before. We had already discussed adding another pug to our two-pug, five-child household, but it never seemed like the right time. But with all seven of us at home, what could go wrong?

Why Teasing Doesn’t Mean He Likes You

Among the mistakes I have made as a parent, there is one in particular that bothers me the most. When my oldest daughter was in elementary school, she would come home and tell me how a certain boy would tease her. I would reply.

What I Wish I Knew Before I Had Kids

One of the books I read when I was first pregnant was What to Expect When You’re Expecting. Full of informative tips about taking care of a baby during the first year, I kept the book by my side for each of my pregnancies. It was an invaluable resource of information for a new mom.

Bitcoin’s price has surged during the last few months, skyrocketing from approximately $7,000 to near $29,000 during 2020, according to CoinGecko. So far in 2021, prices have been volatile, and hit a new all time high after Tesla said it invested $1.5 billion in the coin and would start accepting bitcoin as payment.