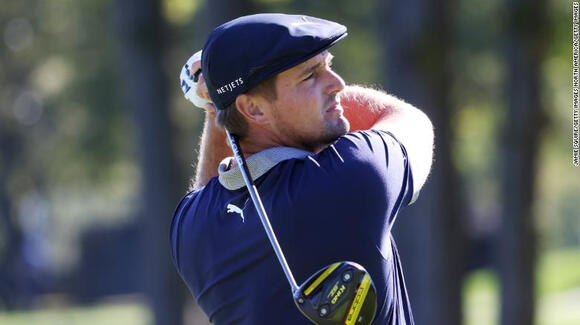 Bryson DeChambeau and Aaron Rodgers against Phil Mickelson and Tom Brady. It will truly be “must-see TV” on Tuesday in Big Sky, Montana.

“I know that Phil and Bryson have this ‘simpatico’ with how they talk, they love to chatter, they love to talk about all kinds of different things,” said Jan DeChambeau, Bryson’s mother, ahead of ‘The Match.’ “I think it’ll be fun because I know my son, and I’m sure he’s got plenty of comments that he’s gonna make.”

DeChambeau, the sixth-ranked golfer in the world and a 2021 Olympian, is the 2020 U.S. Open Champion. He is known for his long drives and for his unique, scientific approach to the game.

“It will be the most watched golf match in a long, long time, if not ever,” said Jon DeChambeau, Bryson’s father. “The crowd they’re bringing it with Tom Brady and Aaron Rodgers is a great crowd, it’s a football crowd. And a lot of football players play golf.”

1 injured after car slams into home in Visalia

One person was sent to the hospital after a car crashed into a home in Visalia on Monday evening.

The Visalia Fire Department says the crash happened just before 7 p.m. when a car lost control for an unknown reason and slammed into a home near Lovers Lane and Saint Johns Parkway.

One person was stuck inside of the vehicle for a short time following the crash before firefighters were able to get them out.

Once out of the vehicle, the person was taken to a local hospital with minor injuries.

Fire officials did not say how many people were inside of the vehicle during the crash.

No other details have been released by authorities at this time.