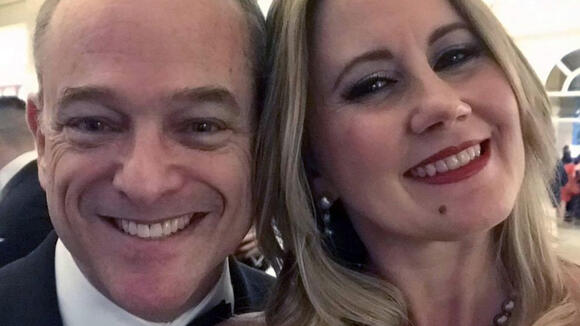 What we know about the victims of the Surfside building collapseshuttershock

From elderly couples to young children, more information is emerging about the victims of a partial building collapse in Surside, Florida.

At least 18 people have been confirmed dead and 145 others remain unaccounted for since the Champlain Towers South, a 12-story oceanfront condominium, partially collapsed before dawn last Thursday. A massive search and rescue mission is still underway,as officials hold out hope that more survivors will be found in the wreckage.

Local police and relatives have identified several of the victims.

Stacie Dawn Fang, who lived in apartment No. 1002 of the Champlain Towers South, was the first victim to be identified in the tragedy.

The 54-year-old mother and her 15-year-old son, Jonah Handler, were both pulled from the rubble alive just hours after the partial collapse. A man walking his dog near the scene spotted Handler in the debris and alerted first responders.

"We could hear someone screaming, yelling, making noise," Nicholas Balboa told local news"He was putting his hands up through the rubble, saying, 'Don't leave me, don't leave me.' That's when I signaled firefighters to get over here."

The mother and son were transported to a local hospital, where Fang later died. Her identity was released by the Miami-Dade Police Department on Saturday.

"There are no words to describe the tragic loss of our beloved Stacie," Fang's family told in a statement. "The members of the Fang and Handler family would like to express our deepest appreciation for the outpouring of sympathy, compassion and support we have received. The many heartfelt words of encouragement and love have served as a much needed source of strength during this devastating time. On behalf of Stacie's son, Jonah, we ask you now to please respect our privacy to grieve and to try to help each other heal."

The body of 83-year-old Antonio Lozano was recovered from the wreckage by first responders on Thursday, while the body of his 79-year-old wife, Gladys Lozano, was recovered Friday. The couple lived in apartment No. 903 of the Champlain Towers South. Their identities were released by the Miami-Dade Police Department on Saturday.

Antonio and Gladys Lozano were married for 59 years and always use to spar over who would die first, with neither willing to live without the other, according to the couple's grandson, Brian Lozano.

"It's tragic but it's strangely unsettling that I have peace knowing they would constantly play argue about who would pass first," Brian Lozano told in a statement. "But in the end... they got what they both wanted. Each other."

"Both were avid donators to non profit organizations especially to cancer since my grandmother lost her mother to the sickness," he added. "Always providing for anyone who's in need or just to spark a smile on someone's face. Their souls were truly beautiful and are now blessed."

The couple's son, Sergio Lozano, said he lived in the tower across from his parents and had dinner with them the night before the deadly disaster. He said he heard a rumble at around 1 a.m. local time and got out of bed to look out on the balcony of his unit.

Manuel LaFont's body was recovered from the wreckage by first responders on Friday and identified by the Miami-Dade Police Department on Saturday. The 54-year-old lived in apartment No. 804 of the Champlain Towers South.

LaFont shared two children with his ex-wife, a 13-year-old daughter and a 10-year-old son. LaFont's ex-wife, Adriana LaFont, said she picked up the kids from his apartment on Wednesday night, just hours before the collapse.

The couple lived in apartment No. 704 of the Champlain Towers South, their daughter told WPLG.

Frank Kleiman's body was recovered from the wreckage by first responders and identified by the Miami-Dade Police Department on Monday. He was 55.

Kleiman had just gotten married to 46-year-old Anna Ortiz and they lived with her son, 26-year-old Luis Bermudez, in the Champlain Towers South.

The bodies of Ortiz and Bermudez were both recovered on Saturday and identified on Sunday. Their family told that the mother and son were found together and that they are certain she ran to be by his side, saying she was "always his protector."

Ortiz's sister said it was agonizing not knowing whether her loved ones were still trapped and in pain.

"I didn't have the certainty. Are they alive or dead? Now I know they are OK," Nicole Ortiz told.

Ortiz's mother said she was a wonderful mom.

"It's hard. I know this will take time," Josefina Enriquez told. "I know she left with her son, and they had a beautiful, amazing life."

"Those are the memories that will stick," she added. "Their love for each other -- that's what I walk away with."

Two other relatives who were in the apartment at the time of the partial collapse remain unaccounted for, according to the family.

Kleiman's brother, Jay Kleiman, and their mother, Nancy Kress Levin, were on the same floor when the building partially collapsed and are still missing.

The body of 52-year-old Marcus Joseph Guara was recovered from the wreckage by first responders on Saturday and identified by the Miami-Dade Police Department on Monday.

Te body of his wife, 42-year-old Anaely Rodriguez, and their two daughters, 10-year-old Lucia Guara and 4-year-old Emma Guara, were all recovered and identified on Wednesday.

The family of four lived in the Champlain Towers South and attended St. Joseph's Catholic Church, just a few blocks away.

"They were very connected to the church community," Father Juan Sosa, who has been the pastor at the church for 10 years, told the paper.

Michael David Altman's body was recovered from the wreckage by first responders and identified by the Miami-Dade Police Department on Monday. He was 50.

Altman lived in apartment No. 1101 of the Champlain Towers South, according to WPLG.

The body of 92-year-old Hilda Noriega was recovered from the wreckage by first responders on Tuesday and identified by the Miami-Dade Police Department on Wednesday.

Noriega lived in the Champlain Towers South, according to her grandson, Michael Noriega, who had told on Monday that their family was holding out hope she would be alive. The family had spotted a birthday card and photographs belonging to her amid the rubble, just feet away from where they were praying together.

Andreas Giannitsopoulos' body was recovered from the wreckage by first responders and identified by the Miami-Dade Police Department on Wednesday. He was 21.

Giannitsopoulos was a student at Vanderbilt University in Nashville, where he was majoring in economics. The Texas native was visiting his father's best friend, Manuel LaFont, in Surfside at the time of the partial collapse, according to Giannitsopoulos' family. LaFont's body was also recovered from the scene.

"To put it simply to know Andreas was to love Andreas," Giannitsopoulos' family told in a statement. "He was kind, compassionate, dedicated, and loving. He put others first always and never hesitated to do so. Andreas was a strong Greek Orthodox believer who is now in heaven with God and his godfather. He spent his life teaching others how to be selfless in everything they do. His family is hoping people will live with honor on remembrance of Andreas."

The body of Magaly Delgado was recovered from the wreckage by first responders on Wednesday and identified by the Miami-Dade Police Department on Thursday. She was 80.

Delgado lived on the ninth floor of the Champlain Towers South. Born in Cuba, she moved to the United States in 1961 and "worked all her life," her daughter, Magaly Ramsey.

Ramsey, who is Delgado's only child and lives in Jupiter, some 85 miles north of Surfside, described her mother as "independent" and "strong as can be." She loved to travel and "was really living her best life right now," according to Ramsey.

"She loved being at the beach and she loved her two grandchildren," Ramsey told WPLG. "My kids adored her. She was hard, she was a hard grandma. You know, she was not your typical 'abuelita'"

Delgado was "adored" by her grandchildren, though she "was not your typical 'abuelita,'" Ramsey said.

"She was like, 'Get up, work, go to church! You know, she was like, 'Let's be strong! You guys can do it! You come from a strong family!'" Ramsey recalled. "But they adored that about her as well."

Andrew Marden-Bryson DeChambeau's parents ready for 'The Matchshuttershock. Bryson DeChambeau and Aaron Rodgers against Phil Mickelson and Tom Brady. It will truly be “must-see TV” on Tuesday in Big Sky, Montana.