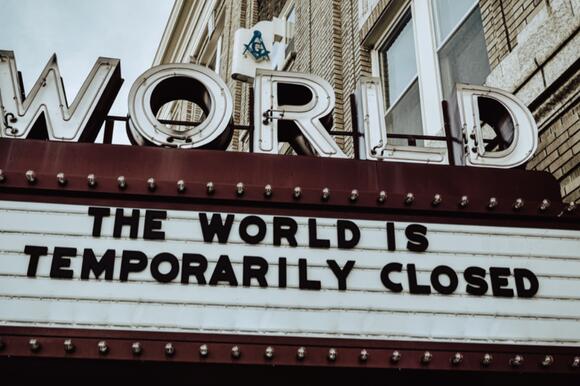 Photo by Edwin Hooper on Unsplash

Early in the morning on Saturday, March 6, local Oakland, California authorities discovered a family who has spent the last year in a bunker had no idea there’s been a pandemic.

They hadn’t seen her nor her family in some time and had believed they had moved, leaving the house empty and probably haunted.

A man had just been shot in the Adams Point area in Oakland, which was and is a terrible tragedy. This part of the story is true, but nothing else is. Everything else is pure, unadulterated fiction.

This was the first piece of news the Sassafras family heard, but it certainly wasn’t the last.

For the most part, Oakland seemed much the same. People, sunshine, Lake Merritt. But everything was different. They just hadn’t quite put their fingers on it yet.

When neighbors asked if she was okay, she asked them why they were wearing masks, the wrinkles around her piercing blue eyes scrunching and winding around her eyes.

“Are you in disguise? Did you murder the guy by the lake? Are you a suspect?” She asked, getting increasingly upset.

“What are you talking about, Mandy?” The neighbors asked. “We’ve been doing this all the last year.”

Maundy Sassafras then informed her neighbors that she and her family had decided to spend the year underground to avoid “social media radiation.”

It appears the family had gotten increasingly radicalized after watching an early screening of The Social Dilemma.

They had raised a year’s worth of rabbit food and had stored cans and preserves galore to keep them satiated.

Not to mention the soundproof rooms they’d built down there since they had to share the space with their terrible teenaged children.

The neighbors were thunderstruck and promptly walked away. They were sure the Sassafras family would contract COVID-19 almost immediately.

First Impressions of a Post-COVID-19 World

In a breaking news interview, the Sassafras family and I met near Lake Merritt at a café that was also a salvage shop.

And what did they think of this new world full of car-jackings at gunpoint in East Oakland, aliens invading sideshows, clowns scaring drivers into slowing down, a waterpark where the Macarthur Maze used to be, and people brandishing cookware in gas stations?

“Oh, that part is all the same,” said little Susie Sassafras. “But all my friends say they got this vaccine and I don’t have it so they can’t go anywhere near me.” She started to cry.

“Life underground was great. I just played video games the whole time,” said Justin, the youngest, who was homeschooled while underground.

“Not the whole time,” chastised Mrs. Sassafras. “As it turns out, though, he played video games about the same amount as all the other kids who were trapped at home due to the pandemic.” She said, shaking her head sadly.

What about Mr. Sassafras? How is he doing? What is his view of this new pandemic world?

“I, you know, I can’t begin to even open my eyes in the sharp, piercing sunlight, and you’re asking me how I feel that there’s been a pandemic all year.

“To tell you the truth, I’m grateful my family and I were underground. It was the best decision we could have made. The only fear we had down there was we’d run out of our year’s supply of ice cream and potato chips. Sorry, vegan chips, I think they’re called now.”

Susie Sassafras feels very differently. “I’m completely alienated from my friends,” she said. “I wish I had been reposting stuff on social media all year like everyone else. It was hell down there! AGH!”

But what about the social justice issues the family missed? Biden getting elected? The storming of the Capitol?

“Honestly none of that seems very different from normal,” said Mrs. Sassafras. “America has never been smooth and clean as we’d like to believe.”

The Sassafras family is currently up at Lawrence Berkeley Labs getting their brains tested.

Scientists want to find out if an absence of fear has changed the way their brains function.

“Regular people these days basically have brain-rot,” said one psychologist. “Their brains are full of fear and inspirational quotes. We can’t even work with the average person.”

“Agreed, Theo,” said another researcher. “Humans are this close to losing the ability to read, and it’s very hard to get people to care.”

The path forward for the Sassafras family will be treacherous and confusing.

The family has had to be taught how to sing the Alphabet song and wash their hands, how to smile with their eyes—dubbed “smizing” by Tyra Banks in the 2000s—, and how to express their personalities through the cloth stretched across their faces.

They’ve also been inundated with social and cultural references that are completely unknown to them. Bridgerton? They have no idea!

Ultimately, the family intends to continue staying off social media as long as possible.

“No brain rot for my children,” said Mr. Sassafras. “We’re going to be partaking in a strict regiment of weeks out of the bunker and weeks in the bunker. Now that I know I can work from home, life can continue underground. We’re very pleased with this development. Aren’t we, sweetheart?” He said, looking to Mrs. Sassafras, who was weeping and rocking back and forth while practicing wearing a mask over her open mouth.

“I’m not sure I want to be in the bunker or in America,” she said. “This is what our Constitution looks like now? I’m not sure I agree. And I’m way too tired and undernourished to protest or whatever it is the young people are doing these days.

Good luck, sir, and family. We’ve all given up on protecting our brains long, long ago.