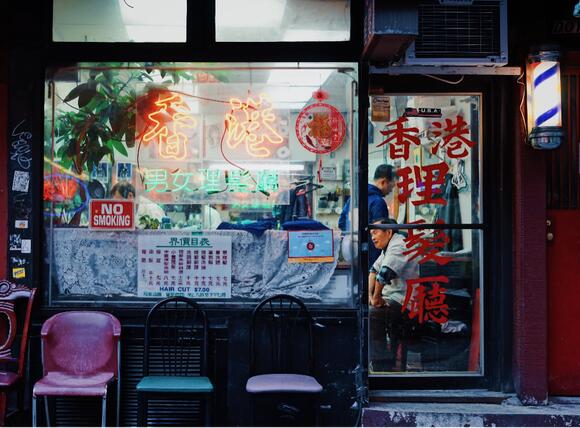 Photo by Drew Sullivan on Unsplash

On January 31, a string of attacks against elderly people living or working in Oakland’s Chinatown have resulted in a person of interest being identified.

This part is true, but the rest of this story is wild speculation and some gentle humor.

Firstly, this publication will try to hold off on passing judgment on someone who is walking around pushing elderly people to the ground.

If this publication didn’t hold off on such activities, the rest of this article will be all-caps and exclamation marks and little drawings of hellfire, etc.

Also the writer of this fictional article was repeatedly woken up last night by racoons in her walls and/or ceiling, so if this article is short of sense-making, we think we deserve some congratulations for allowing the racoons to keep being terrible.

To Catch A Person

Here are the strategies local police authorities used to catch this person of interest, which almost means suspect but their suspicions haven’t been turned all the way up yet.

· Hide in a trash can

· Record via security camera from the 90s requiring mini cassettes and videotape, which originally referred to a type of tape—did you know that?

· Go to north Oakland and eat at Golden Gate donuts

· Practice rolling around with their guns

· Hide in a trash can

· Put up posters with large rewards for catching the perpetrator

· Notice a guy pushing people to the ground

· Arrest the next person they see after that guy

While a person of interest is in custody, in no way is this case closed. Luckily for local elderly residents, a super-trained group of elite elderly people is ready to take care of Oakland for the rest of us.

The Elderly Fight Back

That’s right, a crew of twelve expertly trained elders aged 70 and up have risen from the fearful many to, in their words, “take care of Oakland.”

These elders, known as the Oakland Oldies, are all races and backgrounds.

They know each other from the local community center and from all the delicious Vietnamese food in the area.

While no individual wanted to come forth to speak for the group, all group members agreed to speak under veil of anonymity.

These are their words, some via translation.

“My sister got knocked over and robbed two weeks ago,” said the group’s de facto matriarch. “She was rusty on her training, but I’m not. I do six hundred push ups every, single, day.” The woman bared her teeth in rage, then offered us some tea.

“I get that these are hard times,” said one man wearing a pilled sweater vest. “But for some of us, they’ve been hard for a long time. Some of us are barely surviving and trying to find things to smile about, too.

“Because life is about gratitude right now. And it’s about cold, hard, vengeance, which we’re about to get.”

The man tilted his head and smiled at us as though we were children, which we fully embraced while tearing up at his inspiring words.

The group has been training in Banh Mi Ba Le’s kitchen-turned-jiu jitsu studio for the past two weeks. They gather before dawn and break just in time for senior dinner around 4 pm.

The lead trainer in the group is a former CIA special operations agent with a background in MMA and Vipassana meditation.

Oakland Oldies members are taken through a rigorous warm-up involving burpees, jumping jacks, and a jog around the block while dodging broken glass and that guy across the street who throws rocks at people.

The group’s ultimate goal is to train other ordinary citizens to defend themselves against attackers, and to strengthen their physical and mental strength in case any such an attack took place.

“We are excited to start community lessons in the next few weeks,” said the team trainer.

But how are they meeting in the midst of COVID-19, and what do they expect to accomplish?

The Impact of Coronavirus

The group did not maintain social distancing nor did they wear masks. “We are our bubble,” said one member.

The fact of the matter is, this group of senior citizens is mostly retired, though many of them are working part-time or own businesses that bring in income. They have some time on their hands.

So, what’s their big vision for Oakland? Does it extend beyond making sure nobody knocks anybody over?

Another member walked up to us so quickly it seemed like she teleported. Do they have magical powers? Are we stumbling on a new era of human?

She said: “It’s about seniors standing up and reclaiming our place as community elders. It’s about people re-learning the proper respect of other human beings.

“And it’s about everyone having what they need, whether it’s mental healthcare or money.” Passersby and people standing in line at the restaurant applauded loudly.

The city is pleased with this development. As city resources are stretched, it’s a help to have ordinary citizens contribute to the health of the city in big ways. Officials regularly give Oakland Oldies members high fives whenever they see these elderly citizens in their new t-shirts, featuring a muscly old person standing on a mountain of crime tape.

“We definitely need city resources,” said one member. “This isn’t for fun and for free or for high fives. This is for payback.”