I write about dating, marriage, divorce, family, society, and the city I live in: Los Angeles. 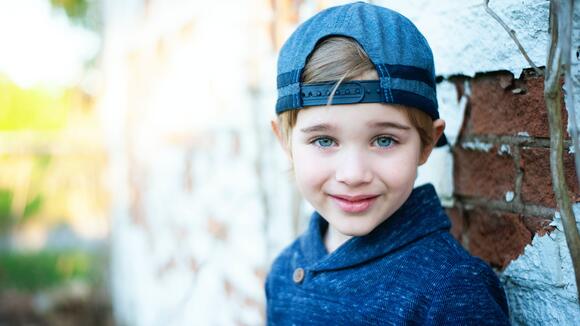 My son has autism, which makes it very challenging for him to have friends. It was tragic for me to watch him during his early years at school. Other kids would say “hello” to him and he'd just ignore them. Or in response to their “hello,” he'd point out the color of their backpack. "Your backpack is blue." The other kid would shrug as if to say, "Why are you saying that? I just said hello to you." My son wouldn’t say hello back and the other child would walk away.

Then came the even more heartbreaking incidents when I would see him say “hello” to other children but they'd just ignore him. He just didn’t know how to interact with his peers. But he also desperately wanted a friend, and would often tell me about it.

The pandemic happened and then suddenly not only was he failing at remote school, but he had even less social interaction with his peers. He became very depressed. As such, you can imagine how overjoyed I was when we were approved for financial aid so he could attend a private school that specializes in neurodivergent children.

Not only did he start doing better in school but he actually has friends now. He has a group of five buddies. They are all on the spectrum. But because the school costs almost $50,000 a year to attend, most of these kids come from extremely wealthy families.

I don’t want to get in the way of his friendships when it’s been so difficult for him to have a social life. But the fact is, I’m not quite sure how to invite these kids, who come from incredibly wealthy families, over to our apartment.

We live in a very urban part of Los Angeles. A homeless person sleeps outside our complex at night. There is construction nearby. It’s constantly loud here. There is an auto-body shop on the other side of my complex.

It’s fine when you get inside my apartment but it’s still tiny. The complex is old, not fancy at all. It suits my two sons and me, but I can’t imagine inviting these incredibly wealthy people over.

One of my son's friends lives in a mansion in one of the wealthiest parts of Los Angeles. I know it shouldn’t bother me, but it does. I’m dreading him asking one of his friends to sleep over at our place but I also can’t let my own insecurities get in the way of my son having friends.

I fear that the parents will look down on me. Maybe they’ll think we’re inferior to them. Maybe they’ll even think that it’s unsafe for their child to sleep over here.

My son doesn’t even have his own bedroom. He shares a bedroom with his brother but because there’s a lot of sibling rivalry between them, my son now sleeps in the living room. I have a mattress that I put on top of the couch and make up his bed there each evening. What will his friend, who surely has his own bedroom, think about this?

And what is he going to say to his parents about it? What are they going to think about us? Will they still want their child to be friends with my son? You can see how insecure I am about this.

I’m just going to have to allow myself to be vulnerable to being judged by these people. I can’t let my own insecurities get in the way of my son's friendships. I would like to hide where we live from these people but I can't if my son is to have friends.

I’m going to have to work on how I see myself. I shouldn’t feel so insecure, but I do. I’m just going to have to accept that we live in this apartment. These kids and their parents can think what they want. If they're true friends, they won't care.

I write about dating, marriage, divorce, family, society, and the city I live in: Los Angeles.

I didn't want to be coached on how to stay married to my husband but on how to leave him. My husband and I arrived at our appointment with our new marriage therapist, completely at odds. A few days before I'd told him I wanted a divorce. He responded by freaking out and booking an appointment with this therapist.

Am I a Cheap Jerk for Not Tipping the Clerk Who Hands Me My Muffin Across the Counter?

Something has changed in Los Angeles. It's crept up on us in the past few years. Many counter-style establishments that serve food use mobile credit-card processing devices, like Square, which automatically ask the customer to tip as part of the transaction. Yup–even if you’re just buying a muffin from an attendant behind the counter who’s doing nothing more than handing it to you and ringing you up.

My husband called me while he was in Arizona with our children. We both typically live in L.A. in separate homes, but he had taken our kids on a trip. He was calling me to notify me that he only had $25 in his bank account. I felt many things when he told me this.

My Ex-Husband Treats His New Wife the Same Way He Did Me: Like His Maid

I showed up at my ex-husband’s house the other day to drop off our children. Luckily, my ex and I are getting along much better than we were when we first divorced. He’s remarried and is much happier. Because of that, I’m happier, too.

I remember lying on the floor, my face against the carpet. My one-year-old son was next to me, playing with his toy trains. As a child with ADHD, who was already expressing signs of hyperactivity by six months of age, he was uncharacteristically calm at this moment. I wondered how long this would last. How long would it be before he got up and ambled out of the room, in search of something more interesting? If he got up and left the room, I had no idea if I could rise from the carpet to chase after him.

Photo byPhoto by Los Muertos Crew. For most households, when grandma visits, it's an opportunity to celebrate. The kids get to enjoy time with their beloved grandmother. Grandma gets a chance to spoil her grandchildren.

I Never Planned to be Divorced and Poor in Middle Age. I Thought I'd Be Married With Money.

Dogs often crap in the yard in front of the duplex where I live. No one cleans up after their dog even though this is the socially expected thing to do. One would think a dog owner would realize someone lives in this duplex — a family (two families, in fact) — and do the courtesy of cleaning up after their dog. But it appears that this is something that only happens in rich neighborhoods.

Society views a man's time as more valuable than a woman's. “I’m too busy to do that,” my ex-husband recently told me when I asked him to help our son study for his Social Studies test after school. Our son has a D in the class, after all. He has a learning disability and needs extra help to do well in his classes.

A young woman recently took to Reddit about dumping her boyfriend's dinner on the floor after he called her a gendered slur and then tried to excuse it as just a TikTok trend. The woman relates in her post: "I made pasta and a chunky sauce with meatballs and veggies. I told him dinner was ready and he goes 'what's for dinner tonight, B*TCH'... With like a lot of emphasis on the last word."

Gerald gestured to me from his booth in the middle of the restaurant where he’d invited me to meet him for our first date. He gave me the international hand signal to “hold on.” I did what he said, and “held on” at the entrance of the restaurant.

I “Quiet Quit” My Marriage, Staying for the Money and for Our Kids, Even Though I Was Miserable

Apps like Tinder have made it easier than ever to meet that special someone. But it's also made it easier than ever to take advantage of people. I've written about con men (and women) who trawl for prey on dating sites, hoping toscam money from gullible souls. But what about those who trick their dates in less insidious ways? Maybe they don’t even realize the harm they’re doing to the person they’re on a date with.

According to a Feminist Writer, Men Fail When They Refuse to Adapt to a Changing World

Meanwhile, women are getting ahead because they're flexible. Photo by Fernanda Latronico. The gender playing field is evening out and it’s not just because of #MeToo. More and more women are getting an education and therefore improving their lot in life.

If We Go Into a Recession, Will We Also Have a “Man-Cession”?

Many unemployed men refuse to do jobs traditionally held by women. Photo by Andrea Piacquadio. A recession is a period of significant economic decline that lasts for more than a few months. The National Bureau of Economic Research has yet to formally declare the U.S. economy in a recession.

Though this may sound like feminism, it's actually abuse. Photo by Karolina Grabowska. A woman recently took to Reddit to complain that when she and her boyfriend go out to dinner, he always makes her pay for his meals. He claims he can’t foot the bill for his own food in restaurants because he’s going through a “rough patch,” financially speaking.

According to two American political science professors who published an op-ed in Newsweek, we’re beginning to see a backlash against #MeToo. The social movement that resulted in pushing women’s rights to the forefront and helping to even out the gender playing field has left many young men feeling under attack.