As a Middle-Aged Woman in L.A., Men Finally Respect Me

Unfortunately, I had to wait until age fifty to experience this. 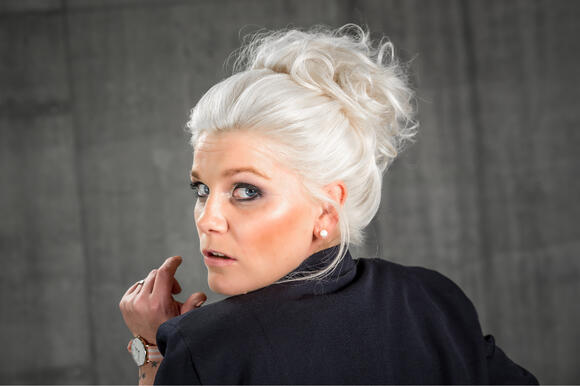 A few days ago, I had just parked my car and was walking toward my local ATM when I realized two men were blocking my way.

To reach the ATM, I had to walk up a ramp. Two men were blocking the ramp’s entryway. I couldn't get past them with them moving. As I walked toward them, I braced myself.

Tensing my shoulders, I thrust them back, puffing up my chest, adopting an aggressive stance. History has shown that in similar situations, more often than not, men weren't going to let me pass without bothering me.

If I was lucky, they'd simply ogle me. Or they'd engage in some unwanted conversation. “Hey, beautiful.” “Hi, baby.” Or the worst: “Why aren’t you smiling?”

Uh, because I just want to withdraw money in peace.

Worse, they'd play a little game with me. Maybe they'd continue to block my way so I couldn’t get past them. I'd have two options: giggle and play along, or get angry. The latter choice would just reward me with more harassment: “Can’t you take a joke? What’s your problem? We’re just playing.”

You know: it would be "my fault" for becoming incensed.

Men were always asking me to be "cool." I was sick of it. As such, I was ready to deal with whatever these men were going to give me.

As I neared the ramp’s entrance, I couldn't believe it. The men slid aside to let me pass. Not a word from either of them. Not another look in my direction. They went right back to talking to one another as if I wasn’t even there.

This was strange. Sure, I appreciated the way the stress quickly released from my body. But what was going on? Why was it so easy to get past these men to make it to the ATM?

Men no longer bug me. They finally respect me.

Men bothered me incessantly when I was younger.

Some people might think I’m overreacting, but you have no idea how bad things used to be. As a younger woman, my reality was: leave the house, get harassed. Walk down the street, be bothered. I had to look over my shoulder when I walked to my car at night. I never knew what danger I might encounter.

I didn’t even have to even be wearing “she’s asking for it” clothing. I just had to commit the crime of being young, female, and alone. 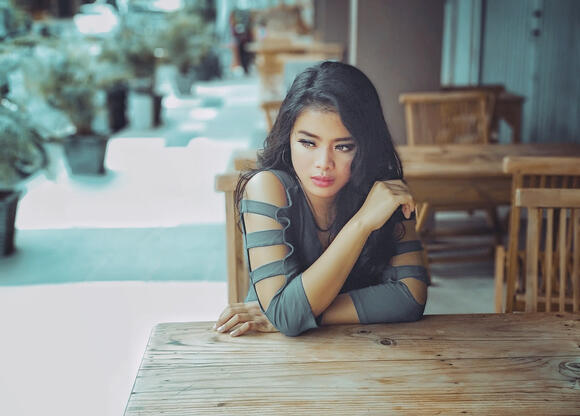 In my twenties, I worked at a company with offices in Beverly Hills. The owners required we pay to park in their parking lot. Because I refused to pay my employers to park in a lot they owned, I parked in a neighborhood a half-mile away from the office.

Every day I had to walk down a major avenue in Beverly Hills to get to the office. I’d be dressed in my work clothes, which usually included heels. Each time I walked to the office from the neighborhood, at least one man in a passing car would howl at me from his window as he drove by.

More often than not I’d get howled at by a group of men. This was humiliating to me. There’s something about walking alone on the street and being yelled at from a car that makes you feel very exposed.

You can’t chase down the drivers and tell them to stop. People in cars have the upper hand. It’s also anonymous for the most part. Men can basically howl you with impunity.

So maybe you can understand why at the bank that day, I prepared myself for the worst. The least bad thing I expected to happen was to get leered at. Far worst would be to have my physical safety jeopardized.

But nothing. The men left me alone.

Photo by Roland Denes on Unsplash

At least it finally happened.

Research shows that divorce hits women far harder financially than it does men. The United States Government Accountability Office’s Special Report to the Senate released a study showing that a woman’s household income plummets by an average of 41% after a divorce. A divorced man's household income only falls by half as much.

Opinion: Not Every Mom Loves Being a Mom

We're fed the lie that women are supposed to love motherhood. As women, we're told that motherhood is supposed to fulfill us. Once we have a baby, we'll feel whole. We'll feel completed. This is what we're on this planet to do: to become mothers.

My Ex-Husband Was Scammed Out of $9,000 by a Woman on a Dating Site

I just watched The Tinder Swindler on Netflix. If you haven't seen it, it's a new documentary that recounts the story of a man who scammed multiple women around the world out of hundreds of thousands of dollars.

I’m going to be honest with you: my relationship with my ex-husband is a mess. We don’t get along. This has created a lot of unwanted stress in my life. I look back on my decision to marry my ex and see it as a bad one. Actually, it's the worst decision I've ever made in my life.

F. Scott Fitzgerald once said, "Let me tell you about the very rich. They are different from you and me." As someone who was once married to a man from a wealthy family, I can attest that this is true.