I love writing about what I love. Journalist. Always curious. Israeli born, London based. Father, Husband, and a dog person.

There’s Only One Way to Truly Fight Racism 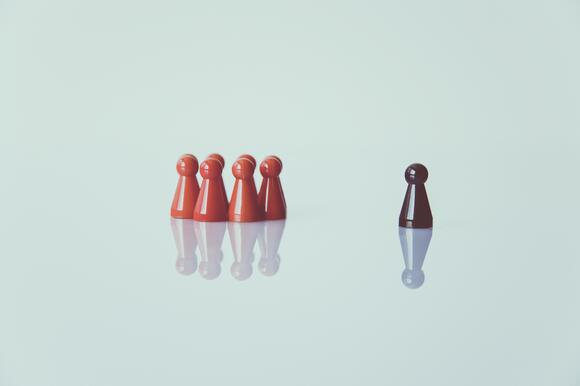 “No human race is superior; no religious faith is inferior. All collective judgments are wrong. Only racists make them”
― Elie Wiesel

When we don’t know something we tend to fear it, when we are afraid of something we tend to hate it. It has been shown time and time again. As a Jewish man living in London, I’ve had my share of encounters with racism, antisemitism, or with people who experienced it. In my experience, mostly, the cause for that is clear, ignorance. A poll by CNN found that 1 in 20 Europeans never heard about the holocaust. In France, 1 in 5 of 18–34 years old admitted they knew nothing about it. 12% of Austrians, Hitler’s birth country, never heard of it. 40% of adults in Austria said they know only a little about it. In the US, recent research by Pew research center found that while most of the participants knew about the Holocaust most of them (55%) didn’t know how many Jews were murdered, Around a third didn’t know when it happened. The research found an unequivocal result, the more you know about the Holocaust, the most traumatic event in Jewish history, the warmer your feeling towards Jews is. The more you know, the less you hate.

This corresponds with the yearly ADL Global 100 survey analyzing antisemitic views in 101 countries. They constantly find a high percentage of participants who hold negative sentiment towards Jews although never meeting one in person. It got to the point that a “Rent-A-Jew” service was offered in Germany. It was aimed to get many of the 80+ million non-Jewish German citizens to meet one of the 230K members of the Jewish community for the first time in their lives, and so help build bridges. It worked.

This was also clear with Brexit (No, this is NOT a discussion on whether Brexit is racist — I’m trying to make a different point here). A major, 3,000 participants survey found that 73% of the British voters who were worried about immigration voted in favor of leaving the European Union. The interesting thing is that numbers show that British citizens from areas with low immigration rates mostly voted to leave, whereas cities with a high number of immigrants mostly wanted to stay in the EU. The more they knew, the less they were concerned.

Knowledge is key. It is the only way to bridge the gaps and fight ignorance. It might take a lot of time, generations even. It will be frustrating. It will probably not work for 100% of the cases, there still are people who are not just ignorant but also bad-natured, and yet this is the only tangible, realistic, achievable method we have. We need to educate those who don’t know history, those who are easy prey to incitement. We need to get different people together, let them know each other, see that they are the same. We need more diversity in culture, we need more diversity in government, in academia, in business. We need to let our stories told, we need to listen to stories of others.

Case after case of horrible acts all sprout from the same seed, the seed that divides people into groups, the seed that categorizes and decides whether someone is worth more or less. Racism, Misogyny, Antisemitism, Islamophobia, these are all fundamentally the same. The seeds of fear, of hate and mostly of ignorance. It is an effective tool used to deny another person’s purpose. In the face of ignorance only one thing prevails, knowledge.

I love writing about what I love. Journalist. Always curious. Israeli born, London based. Father, Husband, and a dog person.

There is no elegant way of retreating from war. After speaking to many military experts, experts specializing in Afghanistan, and with a fellow Afgan journalist, I received what is, in my opinion, a very clear message; The American withdrawal from Afghanistan was long overdue.

Covid19 genome sequencingShafin Protic via Pixabay. The coronavirus pandemic changed the world. It changed economies, it changed education, it changed politics. The pandemic will continue to have a long-term effect on health, and science. There are many fields that won’t stay the same, from International travel to the development of vaccines.

Covid-19 has Made Hospitals Unbearably Loud

Anyone who’s been at a hospital knows it’s a loud place. A constant beeping sound coming from various machines, an underlying chatter, the occasional cough or cry, the buzzing hiss of fluorescent lights.

The Sinister Past of the Treadmill

In the 1800s, the British prison system was badly broken. Convicted criminals were slowly rotting away in isolated cells, spending their days doing nothing. Most prisons did not provide prisoners with necessities such as linens or even much to eat. The dire prison situation led to other methods of punishment, either deportation to the British colonies or execution.

Gua the Chimpanzee and her ‘brother’ DonaldThe physiological cinema register, Pennsylvania State College. Winthrop Kellogg came up with the idea in 1927. He recently received his master's degree from Columbia University’s psychology program and was on his way to continue towards doctorate studies.

Hessy Levinsons on the cover of the Nazi magazine “Sonne ins Haus”Holocaust Memorial Museum. In the spring of 1935, a woman went into a shop in Lithuania. She wanted to buy a birthday card for Hessy, her niece who lived in Germany, and would soon turn 1-year-old. The woman looked at the birthday cards section and suddenly saw something that made her gasp in shock.

The Antisemitic Murder that Shook France

Dr. Sarah HalimiCRIF (Conseil représentatif des institutions juives de France) Dr. Sarah Halimi was 65-years-old, a retired physician and teacher. She was a French Orthodox Jew, with 3 children and many friends. Everyone who knew her says she was a good person.

We Had Every Reason to Be Prepared for This Pandemic

Time and time again, experts foretold of a coronavirus-type outbreak. On a Friday morning, October 18, 2019, 15 international key figures in business, government, and public health assembled at the luxurious New York Pierre Hotel. At least 130 people came to watch the 3.5-hour event put on by The Johns Hopkins Center for Health Security, the World Economic Forum, and the Bill and Melinda Gates Foundation.

These 5 Famous Writers Didn’t Quit and Neither Should You

Writing is tough. Rejection is harder. You sit in front of a computer, you let the words slice you open and spill your guts and heart onto a blank document. You have no clue whether it is good or not, whether someone else would find it interesting, but you give your best and let the story unfold.

We Are Asking Our Leaders for Too Much

I approached President Obama’s book “A Promised Land” full of anticipation. Being a politics-nerd with a deep sense of appreciation for gossip, I couldn’t wait to hear (I‘m also an audiobook guy) the President’s impression of foreign leaders and recent events. There were, literally, impressions — The President does a great German accent for Angela Merkel and a less convincing yet entertaining Benjamin Netanyahu. Unexpectedly, I was left with something completely different after finishing the book.

5 Lessons from Burger King’s International Women Day’s Fiasco. Yep, this is a real tweet. It was posted by the real Burger King UK account. It was up for hours. It ended badly.

A few years ago, I was approached by a friend of a friend with an offer. He started selling a product on Amazon and was looking for ways to grow his business in the UK. The product was a placement plate for kids, it was divided into 4 compartments and stuck itself to the table with suction so that it couldn’t easily move once placed. The seller offered to give me a coupon code that meant I could buy the plate for £1 and in return asked that I’ll write a review. I bought it, it wasn’t great, I rated it with 2 stars and wrote ‘it’s OK’.

Recently, I met a former head chef at a fancy restaurant who decided, in light of the pandemic, to open a home-cooking business based on deliveries. She offers a variety of middle-eastern food: Shakshuka, arayes, spicy fish, and shawarma — all in DIY boxes. The client receives a box with the basic produce: sauce, spices, eggs, or chicken neatly organized and ready to be mixed, heated, and eaten.

Imagine, God forbid, that a driver makes a horrible mistake and kills someone you love. The driver would be arrested. There would be a trial. There would be punishment. At some point, you will face a hard question, do you forgive the driver and try to move on?

Largely thanks to an embarrassing misstep by Apple. A few years ago, while covering financial affairs for Israel’s largest news organization, I sat with a former high-ranking Waze employee who told me the story of the company's early days.

Monuments Are Taken Down But Why Are Major Companies Left Untouched?

Corporations with dark pasts should own up to them and help make amends. Car part maker, Continental AG, is one of the largest in the world. Founded in 1871 as a rubber manufacturer, the company later shifted its production into tires and started growing rapidly. Becoming a global brand with almost 250k workers, Continental is now worth over 40 billion Euros. It’s massive and hugely successful to this day, but it has a dark and sinister past that the corporation recently had to own up to.

The Great Race of Mercy

The Unbelievable Journey that Saved a Whole Town from a Deadly Pandemic. At first, Dr. Curtis Welch thought that it was a case of tonsillitis. Children were starting to attend his practice with symptoms very similar to a common infection.

Could better marketing help solve the growing tension between police forces and the community?. Menlo Park PD’s Blazer Experiment (Part 1) The 1960s were a tension-filled period in Menlo Park. Some high-profile protests organized by students against the Vietnam war and by the Black community for equal rights, saw police officers regularly clashing with citizens. The public’s trust in the local police force was low and constantly dropping. The Menlo Park Police Department had a very bad reputation.

Going to the Doctors? Soon You Won't Have To

New technologies are changing the way we get treated, and solving some of the major problems health systems are facing. A pregnant woman, Let’s call her Mary, is going to her routine checkup. The nurse is handing her a cup and smiles courteously, saying “good luck” before sending her to the restroom. Mary is due in a couple of weeks, the ride to the hospital was uncomfortable, the restroom is too narrow, the cup is too small. Frankly, the whole process is frustrating and exhausting. Now picture Mary, doing pretty much the same thing but in the comfort of her home. Makes a lot more sense, right?