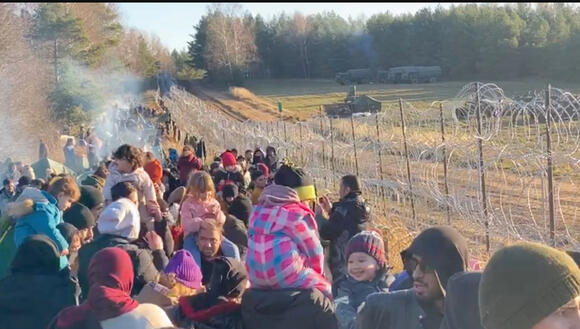 The comment references Afghan and Iraqi migrants at the Belarus border with Poland, facing freezing temperatures as Poland refuses them entry and Belarus pushes them toward Poland.

Poland was invited to Biden's virtual 'Summit for Democracy' in December. 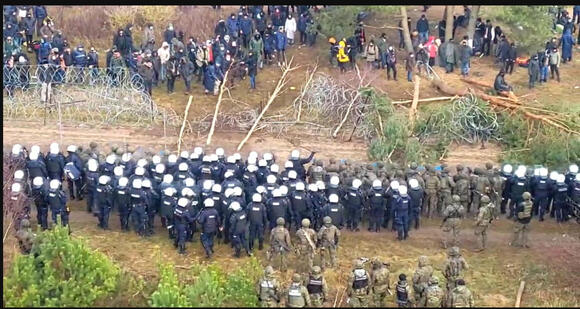 Poland's civil liberties index score was 49 out of 60 in 2020. The current president of Poland has cracked down on the free press. Reporters Without Borders reported that "the public service broadcaster in 97 percent of cases, portrayed President Duda in a positive light, while the opposition candidate in 87 percent of cases was portrayed in a negative light."

In October, the Biden administration told the Supreme Court, "A Guantanamo Bay detainee wanted to testify about his torture at an alleged CIA "black site" in Poland." In the case of Abu Zubaydah, it's another confirmation of the existence of a CIA-operated so-called "black site" in Poland, making the relationship between the US and Poland complicated.

Per Agence France Presse, "Belarus is engaged in very troubling activity, It is something that I discussed with President Macron, and the eyes of the world and its leaders are watching what is happening there," said Vice President Harris.

In October of 2021, The Associated Press reported that "Poland's lawmakers approved the speedy construction of a $402 million barrier wall on the European Union member's border with Belarus to stop the increasing flow of migrants."