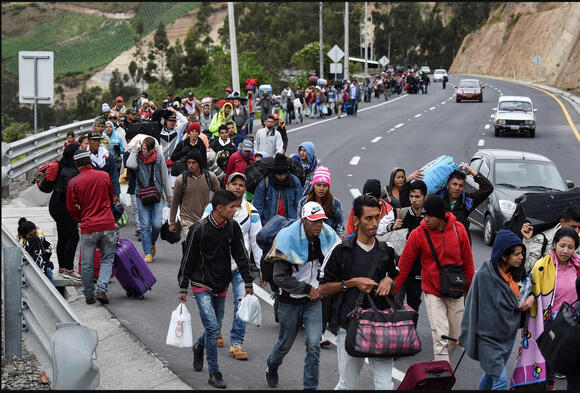 Reuters reported that "Mexico is considering setting tougher entry requirements for Venezuelans, partly in response to US requests, after a sharp rise in border arrests of Venezuelans fleeing their homeland, according to three people familiar with the matter."

Venezuelans do not require a visa to enter Mexico as tourists. However, more Venezuelan migrants are showing up, reportedly, at the U.S.-Mexico border, and Mexico is being asked why and how so many are getting through without any intention to stay in Mexico.

A Mexican government source said Mexico was reviewing its options and discussing Venezuela to explore alternatives to imposing visa requirements.

A US State Department spokesperson said the US was collaborating with Mexico to address root causes of migration from south to north in a “collaborative, regional approach” when asked by Reuters whether the Biden administration would ask Mexico to tighten entry requirements for Venezuelans.

“The United States appreciates Mexico’s efforts that contribute to safe, orderly, and humane processes for migrants at and within its borders,” the spokesperson said.

“Venezuelan migrants and refugees are fleeing a complex humanitarian emergency, lack of justice, an absence of freedom, and violence,” said David Smolansky, an exiled Venezuelan opposition leader who coordinates the Organization of American States’ response to Venezuela’s migration crisis. “In the face of such a situation, it is fundamental that they receive protection.”