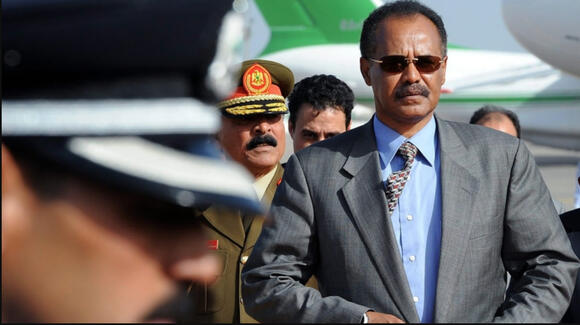 Eritrea and Somalia restored diplomatic relations just days before sanctions were announced. Eritrea's information minister announced the agreement on Twitter. As the US cracks down, the African country picks up its diplomatic ties for post-sanction survival.

The sanctions will be imposed on those responsible for acting in the conflict, the Eritrean Defense Force (EDF) and People's Front for Democracy and Justice (PFDJ), and people with association to the EDF and PFDJ.

US Secretary of State Anthony Blinken said, "The US is not imposing such sanctions in order "to allow time and space" to see if diplomatic efforts of the African Union High Representative make progress. If the parties fail to make meaningful progress, the United States stands ready to pursue additional sanctions, including against the Government of Ethiopia and the TPLF."

Blinken said, "Eritrea's destabilizing presence in Ethiopia is prolonging the conflict, posing a significant obstacle to a cessation of hostilities, and threatening the integrity of the Ethiopian state. Credible accounts implicate Eritrean forces in serious human rights abuses, and the United States remains gravely concerned about the conduct of all parties to the conflict. Eritrean forces should immediately withdraw from Ethiopia."

The US Treasury Department said the EDF "has been operating in northern Ethiopia amidst numerous reports of looting, sexual assault, killing civilians, and blocking humanitarian aid."

A joint report released by the Office of UN Commissioner for Human Rights and the Ethiopian Human Rights Commission found "aggressors committed violations of international human rights, humanitarian and refugee law, some of which may amount to war crimes and crimes against humanity."

"The US Department of the Treasury has taken a series of steps to permit the continued flow of food, medicine, and humanitarian support to Eritrea," Blinken said.