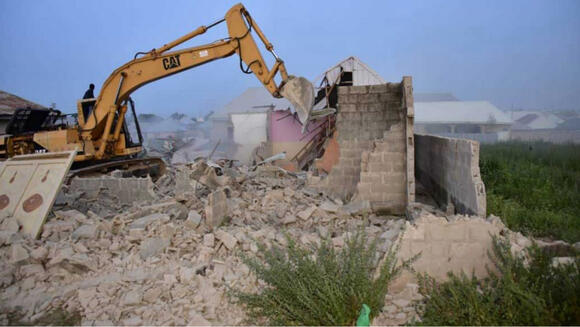 Commissioner for Local Government, Mr. Emmanuel Umar, said, 'the government will not allow the state to be a haven for kidnappers and bandits. I assure you the Governor Abubakar Sani Bello is determined to protect life and property, as well as rid the entire state of criminal elements."

Last month, 66 worshipers were abducted on October 31st at Emmanuel Baptist Church, and two of them were killed by captors. “The insecurity in Kaduna State has continued to grow beyond our imagination and is threatening the peace of the nation,” said Chairman of the Christian Association of Nigeria.

This week the office of the Yoruba chief priest, the Obalesun Obatala Agbaye, called an emergency meeting to discuss and find remedies to kidnappings, invasions, and violent threats by armed bandits operating in Yorubaland. SaharaReporters obtained the letter.

“By the supreme authority of his divine grace, Oba Isooro Dada, Obalesun Obatala Agbaye, Arole Obatala, Oloja iranje Iditta Town, Ile-Ife (The Source), we are pleased to invite you to an emergency meeting over the roaring spate of insecurity in Yoruba Land viz: Incessant kidnappings/invasions and violent threats by bandits and terrorists/criminals, precipitating the urgent need to nip in the bud this unwarranted attacks against innocent citizens in Yoruba land and by extension, the Federal Republic of Nigeria."

Federal University Lokoja, Kogi State, hired 60 local hunters to combat its kidnapping issue. “We have engaged over 60 hunters, and they have mapped out areas where criminals can use as an escape route, and we will block those areas. Until we are satisfied with the security here in the permanent site of the university, we will not move students to the hostels for now,” the Vice-Chancellor of the university, Prof Olayemi Akinwumi said.

Nigeria must persist, but alongside the effort to stop kidnappings will be the effort of those willing to take the risk for financial gain.