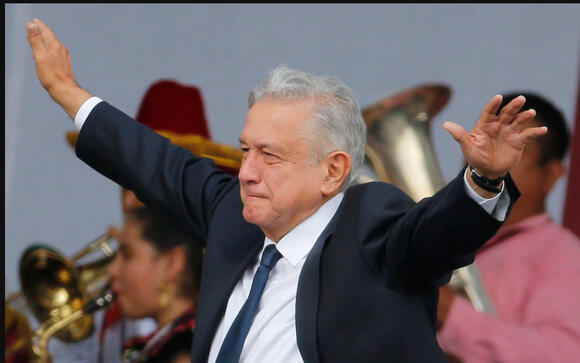 Mexico is bearing a humanitarian, social, and economic cost from COVID-19. There have been over half a million COVID-19 related deaths, under-employment remains high, poverty increased further, and youth have experienced major gaps in education.

Mexican President Lopez Obrador said Monday, "The government is refinancing Pemex debt, considering whether the $12 billion in IMF reserves could be fully or partially used to pay off Pemex’s debt, (state-owned petroleum company). I can’t say much, but a process of refinancing debt has begun."

Migration is another economic challenge for Mexico. Although the general assumption in the U.S. is that all Central American migrants and refugees seek asylum and opportunity on our side of the border, it is important to recognize that Mexico is also a major destination for the same immigrants.

For migrants fleeing precarious situations in countries such as Honduras or Nicaragua, emigrating to a nearby country under better economic and political circumstances such as Mexico is an appealing option.

President López Obrador has been rolling out a $30 billion development plan to address some of the factors, like violence and poverty, that are driving Central Americans out of their countries. Shortly after this plan was announced, the U.S. reported that it would contribute $6 billion to the effort.