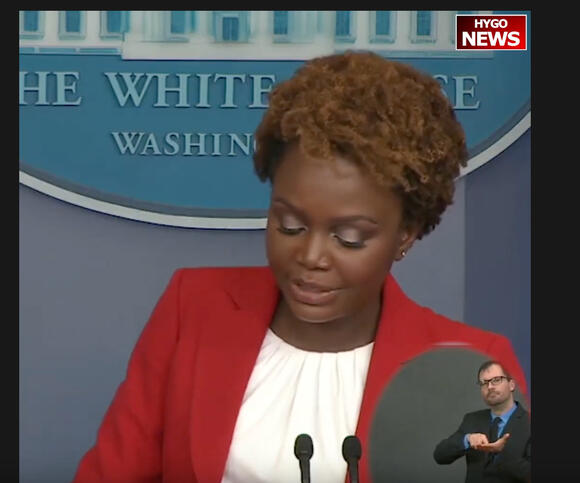 Fox News Peter Doocy asked Jean-Pierre during the briefing what Biden meant when he called the reports of payments 'garbage' after the ACLU claimed that he 'hadn't been briefed properly.'

The American Civil Liberties Union said Biden denied reports of paying separated migrants $450,000 each or $1 million per family because he hasn't been 'fully briefed on the matter or is 'abandoning' his promise to undo Donald Trump's immigration policies.

Rep. Tom McClintock of California said, "Law-abiding, hardworking Americans have seen their purchasing power decimated by Biden’s economic policies while he has surrendered our southern border." However, California's Gov. Newsom has a multi-million dollar fund set up to support migrants and has been as supportive, if not more, than the Biden Administration as far as immigration support goes.

Michelle Brane, head of the Family Reunification Task Force, said that about 1.7 million families tried to enter the US illegally in the 2021 fiscal year, ending September 30, up from 1.6 million in 2000. Over 479,000 families and 147,000 unaccompanied minors.