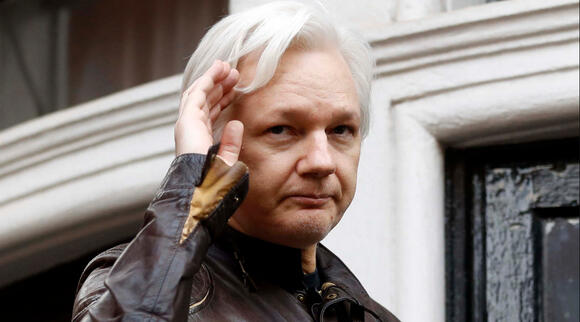 On Wednesday, the legal appeal from the U.S. government against the U.K.'s refusal to extradite WikiLeaks founder Julian Assange, accused of publishing leaked documents that exposed U.S. classified information, will be studied by London’s Royal Justice Courts.

British Central Criminal Court Judge Vanessa Baraitser denied the original extradition request, stating, "Assange was likely to kill himself if held under harsh American prison conditions." However, she also rejected the idea that the charges were politically motivated. “The American judicial system would give him a fair trial,” Baraitser stated.

Assange has been on the run from U.S. law enforcement and intelligence since before 2012, when he began hiding inside Ecuador’s London embassy. He stayed inside the official compound until he wore out his welcome and was arrested in 2019 after being evicted.

Testimony from witnesses showed that a Spanish security firm spied Assange at the behest of the Central Intelligence Agency (CIA) while he stayed in the Ecuadoran embassy. They even allegedly considered abducting or killing him if the extradition trial was delayed.

Assange will remain in prison while the appeals review is being studied since Baraitser ordered to put him in custody before the U.S. appeal. The activist has an “incentive to abscond” if he is freed. That means that if he is released, he will likely run, escape, and evade future court hearings.