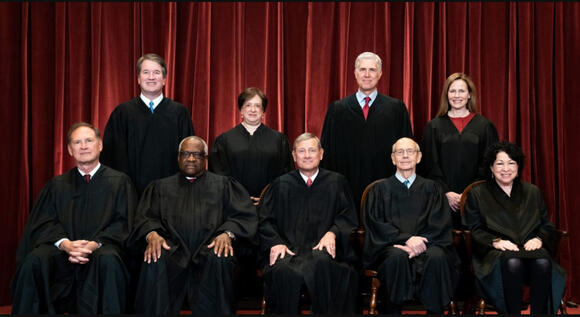 The president established the commission at the request of Democrats' calls for new justices to be added due to the current 6-3 conservative majority.

Senator Ed Markey (D) of Massachusetts and Representative Jerry Nadler (D) of New York introduced a bill earlier this year to expand the number of justices from the current nine to 13. It's a concept called court-packing.

Midterms are coming up in a year, and as things stand, it will be a tight race between Democrats and Republicans. The majority of polls are now trending toward Congress to swinging Republican due to the Afghanistan pull-out disaster, failed immigration, higher cost of living (inflation) due to supply chain shortages, and many other issues that have cast serious doubt on the Biden Administration.

Earlier this year, Speaker Nancy Pelosi rejected a push from the left-wing of the party to swiftly vote on legislation to expand the Supreme Court with Democrats in full control of Washington.

“I have no intention to bring it to the floor,” Pelosi said of the legislation, led by House Judiciary Chair Jerry Nadler and Sen. Ed Markey, which would expand the number of Supreme Court justices to 13 from nine.

Pelosi said she backed President Joe Biden’s move to create a commission to study the possible expansion of the Supreme Court: “I don’t know that that’s a good idea or a bad idea. I think it’s an idea that should be considered.”

"It’s not out of the question," Pelosi said of the broader push.