Biden suspended the order on his first day in office but is now backpedaling. Illegal border crossings dropped after Mexico, facing Trump's threat of higher tariffs, consented in 2019 to the policy's rapid expansion.

The Mexican government, which has raised concern after concern that require more delays, is hoping that more migrants get through to the U.S. for a number of reasons.

The Justice Department said in a court filing late Thursday they are trying to work with Mexico to come to an agreement. Mexico wants cases to conclude within six months, ensuring asylum-seekers have timely and accurate information about hearing dates and better access to legal counsel paid for by the United States.

Mexico wants exemptions for “particularly vulnerable populations” and better coordination on locations and times of day that asylum-seekers are returned to Mexico.

The current immigration issue is much worse than most of the country even knows.

According to a court filing, the administration is planning to rebuild tent courts in Texas border cities of Laredo and Brownsville at a monthly cost of $24.6 million to operate. It is working to ensure there is capacity in a system that is backlogged with 1.4 million cases. 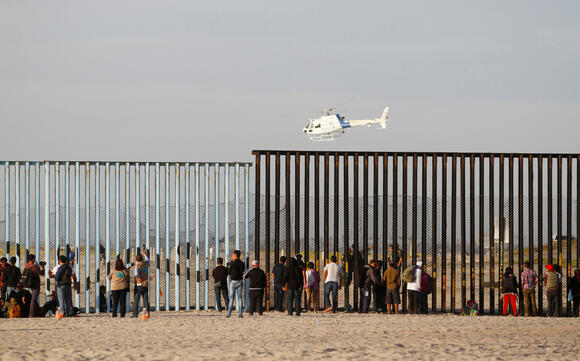 Homeland Security said in a statement that it “remains committed to building a safe, orderly, and humane immigration system that upholds our laws and values.”

Ironically, Mexico is very concerned about the well-being of Mexican citizens being able to migrate to the U.S. in mass numbers and to move to refugees coming from South American further north, but haven't taken the same extreme concern about their own issues. Hence, Mexico would become a place that people don't want to run from.