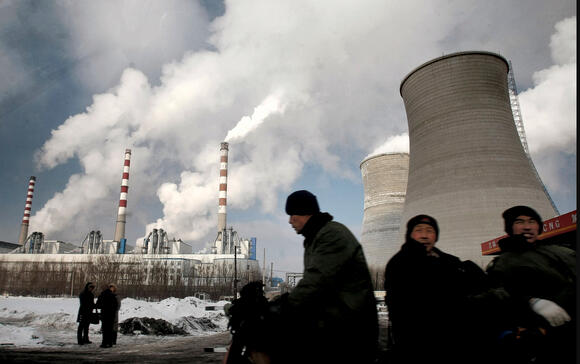 China has an energy crisis due to limited coal supplies, and power plants are scrambling to stock up while prices hit record highs.

Coal is needed to power electricity and heat. Homes are at risk, but so are industrial plants that supply the world "stuff." This winter's average temperatures could fall by as much as 16 degrees Celsius in the next 2-3 days.

Shortages of coal, high fuel prices, and demand have caused widespread power shortages. Since September, rationing has been in place in at least 17 of mainland China's more than 30 regions, forcing factories to suspend production and disrupt supply chains.

Beijing has taken measures to contain coal price rises, including raising domestic coal output and cutting power to power-hungry industries, repeatedly assuring users that energy supplies will be secured for the winter. China will expand coal procurement at “any price to ensure heating and power generation in winter,” the China Electricity Council said in a statement on Monday.

China has been funding dirty energy worldwide for more than a decade. The country’s foreign energy investments remain concentrated on fossil fuels. Forty percent of the energy investments China has built and run in foreign countries are coal plants, amounting to an environmental disaster.

Since the world runs on fuel and electricity, the energy crisis in China threatens to touch every corner of the global economy, all of which means a jump in inflation. The energy crisis, which has touchpoints to many industries, could soon spread to the political arena, as higher utility bills and the price of goods could trigger public unrest.

China's coal crisis reveals a dependency on dirty energy and the world's reliance on China. Countries didn't want to invest in alternative clean fuels; instead, buy quick, cheap coal, and this is what they got. Winter will be harsh this year!