Democrats Afraid of Trump's Lead, "his actions straight out of the authoritarian playbook." 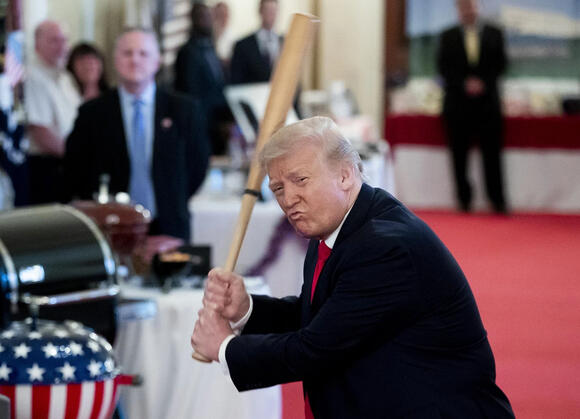 According to Ruth Ben-Ghiat, a New York University professor, Bill Maher's assertion that Trump is staging a "slow-moving coup" that could succeed in 2024 is "very plausible," given that Trump's actions over the last several months have been "straight out of the authoritarian playbook."

Ben-Ghiat said, "It's unbelievable that Trump got tens of millions of people to believe he won the election. So, all of the violence and electoral trickery and intimidating voters, all of this has been absorbed into the DNA of the party and the Republican base."

"We're in the middle of a massive assault on our entire election apparatus. This is a very organized, well-thought-out strategy, and we have to be prepared, she said.

Why are the Democrats still afraid of him? Trump represents the views of enough Americans to pose a genuine threat.

The New York Post says, "The Democrats aren’t acting like a party secure in its position; they’re acting nervous and insecure and lashing out at any perceived threat."

According to a Des Moines Register/Mediacom Iowa poll released on Tuesday, 62 percent of Iowa adults disapprove of Biden's job performance. In an analysis for the poll, CNN's Chris Cillizza warned, "This poll should terrify Democrats ahead of 2022."