How will the rich and famous balance climate change action with posh lifestyles?

Editor at Global Perspectives28 days ago 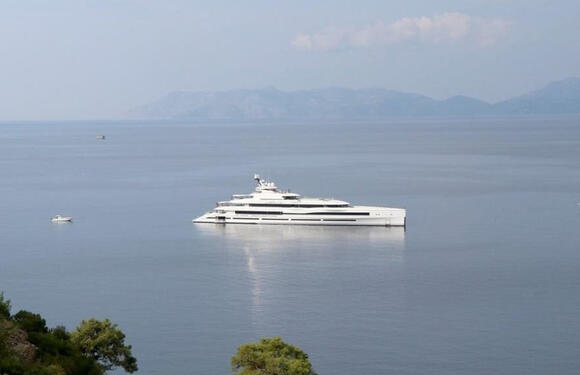 The Biden Administration received criticism for traveling through Rome in an 85-car motorcade before the COP26, a United Nations summit on climate change.

Bill Gates and Jeff Bezos also made headlines after the climate summit called out as hypocrites for lecturing on climate change by reducing carbon footprint while at the same time using helicopters and superyachts off the coast of Turkey.

Multi-billionaire and Microsoft founder Gates celebrated his 66th birthday in Turkey in a Superyachts, which emits 7,020 tons of carbon dioxide per year, or 19 tons per day.

Gates was joined by Bezos and 50 guests flown in by helicopters, which use up approximately 10.75 miles per gallon, emitting some 215 pounds of carbon dioxide into the atmosphere.

Social media users reacted with anger, posting memes and comments that Bezos and Gates contradicted their own statements.

'The horrendous energy waster Bill Gates makes his contribution to CO2 reduction for his 66th birthday by having his fat body transported by his own yacht and then by helicopter to a certain place.' - Twitter LynnT

CBS News posted an in-depth report in December of 2020 saying that "chiefly responsible for the gap in carbon footprint is the global rich."

"Just 10% of the world's population emits nearly half of the world's carbon pollution. The top 1% of income earners around the world, a group that includes 70 million people, account for 15% of emissions — more than the 3.5 billion people in the bottom 50%."

Wealthier people consume more, says the report, buying more goods, cars, and having multiple larger homes that take more energy to heat and cool. If this is true, how will lavish lifestyles affect platforms to champion climate change while not coming across as dishonest?