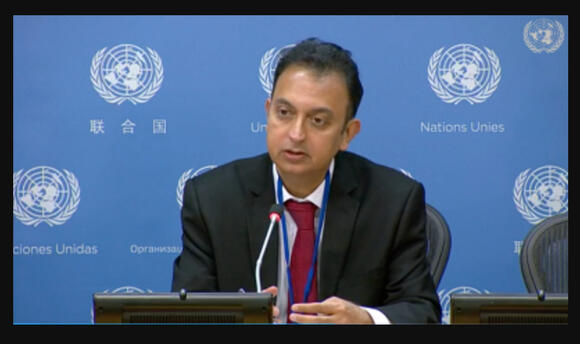 Iran executed over 250 people, including at least four child offenders, in 2020. So far, this year has carried out 230 executions that included nine women and one child who was executed in secret.

Iran Human Rights (IHR), a Norway-based non-profit with members inside and outside Iran, reported, "89 of 117 executions in Iran, in the first half of 2021, had been carried out with no announcements by officials of media. The penalty was for such crimes was drugs, rape, rebellion, and acts against God."

Amnesty International reported that Iran was the top executioner in the Middle East last year, followed by Egypt, Iraq, and Saudi Arabia. Amnesty’s annual figures exclude China, where executions are believed to number in the thousands.

Rehman said, "Iran has a “deeply flawed judicial processes, where even the most basic safeguards are absent.”

“These elements and the heavy reliance by courts on forced confessions extracted under torture and other fair trial violations lead me to conclude that the imposition of the death penalty in the Islamic Republic of Iran constitutes an arbitrary deprivation of life,” Rehman said.

He said the widespread use of torture against detainees in many cases amounts to “arbitrary deprivation of life.”