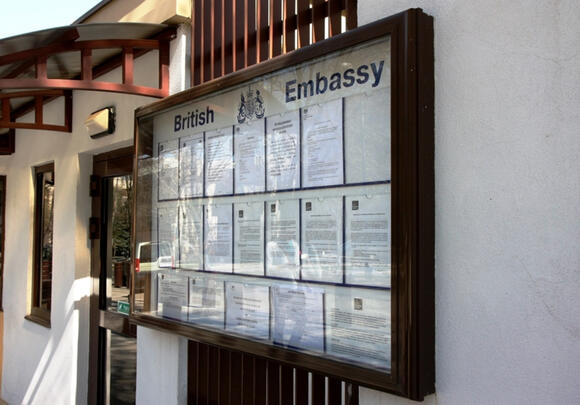 The British government recognizes the Venezuelan opposition, Juan Guaidó, and has been running a Journalism project in the country for about a year now to "promote democracy." According to documents obtained by Declassified (an investigative media outlet), Britain is managing a fund called the Conflict, Stability and Security Fund (CSSF), which supports projects designed “to tackle instability and to prevent conflicts that threaten UK interests."

The Program application notes that successful applicants should have the “capacity to link into, and influence local and national media agendas."

Declassified also revealed that the CSSF had spent £450,000 ($61,7611 UDS) setting up an anti-government coalition in Venezuela.

The British government isn't the only one investing in media influence in Venezuela. The US National Endowment for Democracy (NED) has funded “freedom of information” projects in Venezuela to foster a “greater understanding of Venezuelan corruption and criminal activity” by working with “investigative journalists and partner organizations," according to its website.

A 2017 NED project is said to have spent over $60,000 creating media to “increase transparency and accountability in the Venezuelan government by "fostering collaboration with journalists across the region."

The WFD says it “works on a cross-party basis” in Venezuela and all countries, “seeking to engage all sides of the political divide while supporting democratic institutions in the country." However, in 2019, shortly after Guaidó proclaimed himself president, the WFD’s country representative wrote, “last year's elections were a sham, and therefore Maduro is a usurper." This doesn't seem very objective, given that the elections were still being settled.

To ensure free and fair elections the government authorities will host electoral observers from the European Union (EU) and the Latin American Council on Electoral Experts (CEELA).