Editor at Global Perspectives13 days ago

This puts the president in an awkward situation. However, as we've seen with the release of the Pandora Papers, corruption thrives worldwide, and the rich and powerful never seem to be held accountable.

In Biden's memorandum, he said corruption at home & abroad was a matter of national security and established an interagency review process to formulate a comprehensive anti-corruption plan.

The new FBI probe has discovered that emails on Hunter's recovered laptop were genuine. The emails show that Biden and his son shared a bank account under federal investigation for his taxes. Hunter's laptop also revealed that his business partner, Eric Schwerin, worked on Joe Biden’s tax "returns and discussing the father and son paying each other’s bills," reports Daily Mail.

Former U.S. Intelligence Officer and Treasury Special Agent John Cassara told DailyMail.com said, "The information available publicly is very problematic, particularly in the areas of corruption. They could go at this from all different avenues. Follow the corruption trial and then charge money laundering."

Hunter's admission that he and his father shared a bank account has raised questions about funds used in May 2018 for a week-long stay with an escort service in a Hollywood hotel. 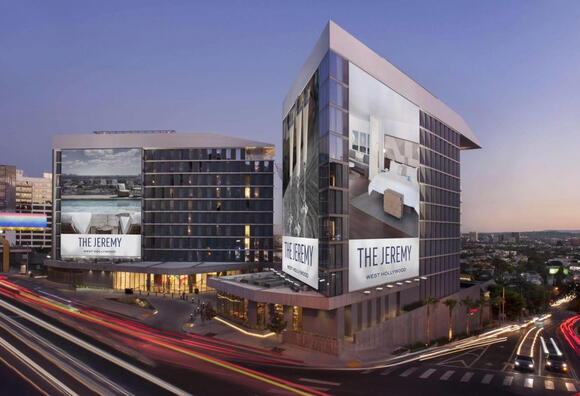 The Jeremy Hotel in Los AngelesHotels.com

On May 24, 2018, a recently retired senior Secret Service officer, Robert Savage, texted Hunter saying 'assume you are in danger and commandeer keys to the room if you don't come out of the room." The room he was referencing was a $470-per-night suite at The Jeremy Hotel in Los Angeles, where he stayed with a Russian escort to whom he wired $25,000.

The agent added: 'Come on H this is linked to Celtic's account' That is the Secret Service code name for President Biden. 'DC is calling me every 10. Let me up or come down. I can't help if you don't let me H.'

It is unclear whether the agent's reference to 'Celtic's account' was about charges for the escort service or the agent's employment by President Biden to monitor his son.