Editor at Global Perspectives10 days ago 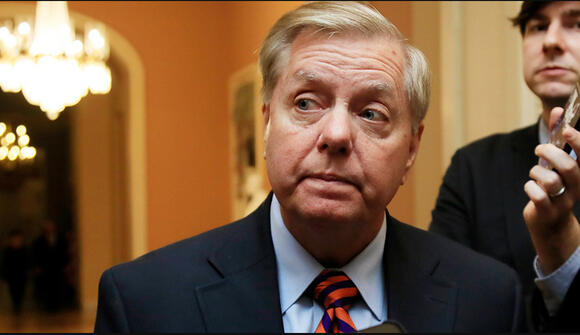 In an interview with Fox News’s Sean Hannity on Tuesday, Graham (R-S.C.) was critical of the administration’s order to halt large-scale immigration arrests at job sites. “Now, what [Homeland Security Secretary Alejandro] Mayorkas did today, calling off all the raids of the worksite, is going to be another incentive for people to come because the word is out. You come, you claim asylum, you never leave. The policy choices of Biden are all over the world now,” Graham said.

The senator, who visited the Arizona border recently, added: “We had 40,000 Brazilians come through the Yuma Sector alone headed for Connecticut wearing designer clothes and Gucci bags. This is not economic migration anymore.”

Kevin Bishop, a spokesman for Graham, "We saw luggage and attire that’s highly unusual for someone who would be supposedly traveling through the desert on a long journey into the U.S.,” Bishop said. “No dust or mud on them. But they do have luggage with the airline bag check attached.”

According to Customs and Border Protection data, in 2021, so far, more than 46,200 Brazilians have been apprehended. The number for all of 2019 was just below 17,900. Brazilians are now the No. 6 most-detained nationality. Brazilian migration to the United States had increased since 2018 when right-wing politician Jair Bolsonaro was elected president.