Texas GOP Candidate, Who Plans to "vehemently crush anyone forcing vaccine mandates" in Texas Gets COVID

Editor at Global Perspectives15 days ago 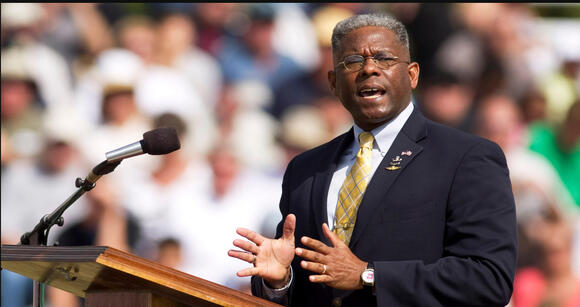 The former chairman of the Republican Party of Texas and a GOP candidate, Allen West, was hospitalized last weekend with COVID-19.

West said he is not, and in a lengthy Twitter thread on Sunday, he announced that if elected governor, he plans to "vehemently crush anyone forcing vaccine mandates" in Texas. His illness has made him "even more dedicated to fighting against vaccine mandates," he said, and he believes that "instead of enriching the pockets of Big Pharma and corrupt bureaucrats and politicians, we should be advocating the monoclonal antibody infusion therapy."

West ended his screed by declaring "our bodies are our last sanctuary of liberty and freedom," and he will "defend that for everyone, even the progressive socialist jackasses who must be saved from themselves."

Texas, like Florida, has pushed back on the Biden Administration's goal of masking, testing, and vaccinating all. Texas Gov. Greg Abbott issued an executive order on Monday prohibiting any entity, including private businesses, from imposing Covid-19 vaccination requirements on employees or customers.

"The COVID-19 vaccine is safe, effective, & our best defense against the virus, but should always remain voluntary & never forced," he said in a tweet.