U.S. Senator Demands Accountability for the Disastrous Policy Towards Venezuela

Editor at Global Perspectives23 days ago 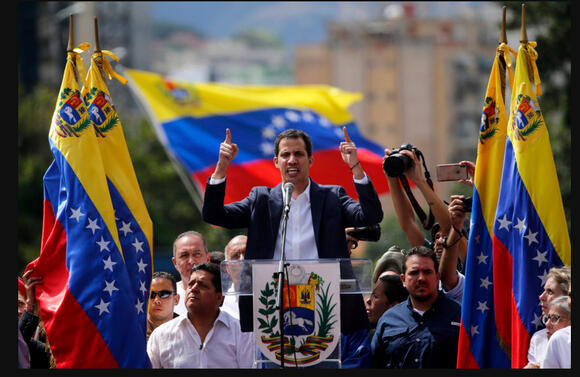 “You know, I feel like it's Groundhog Day in this committee. We've been told by the administration – frankly, multiple administrations – for years that Russia’s support for Assad and Iran’s support for Assad is tepid, it's fragile, it's just a matter of time before he falls,” said Murphy. “The truth of the matter is they were always willing to do more than we were in Syria to protect their interests, and that is the exact same case here in Venezuela. And so our policy has been misguided by fundamentally flawed assumptions from the beginning.”

"All we did was play all our cards on day one, and it didn't work. And it's just been an embarrassing mistake after mistake since.”

MURPHY: “First, we thought that getting Guaidó to declare himself president would be enough to topple the regime. Then we thought putting aid on the border would be enough. Then we tried to construct a kind of coup in April of last year, and it blew up in our face when all the generals that were supposed to break with Maduro decided to stick with him in the end. We just have to be clear that our Venezuela policy has been an unmitigated disaster. We have to admit that our big play, recognizing Guaidó right out of the gate and then moving quickly to implement sanctions, just didn't work. It didn't."

ABRAMS: “I think the situation Guaidó is unique because he is the president of the National Assembly. They're going to have a corrupt election now, which no one, I think, no democratic country, is going to recognize. And that corrupt election, that fraud is not going to change Guaidó’s status."

Abrams seems to be falling for the "all-in" bias. He's doubling down on his failures, refusing to face mistakes, and hoping things will self-correct, but that's a fantasy. His strategy didn't work because he's not operating from the ground up, stuck in the "Camelot" days of the Bush-era where the U.S. could take what they wanted and force its will.

As long as the U.S. takes the position that it can force its will without a strategy, it will fail more often. The world has changed, and policy must change with it.