U.S. to Impose Sanction Threats on Ethiopia with respect to the humanitarian crisis 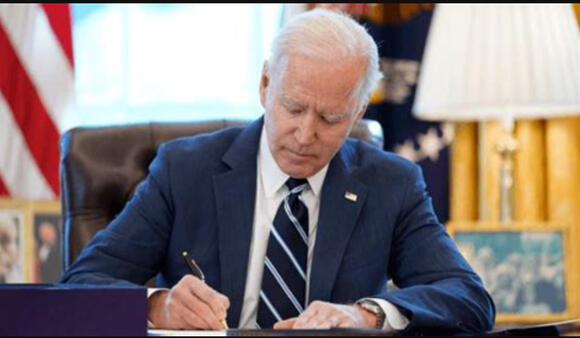 September 17, 2021: Washington, D.C. President Joe Biden signed an executive order to allow for sanctions on Ethiopia. You might have read the headlines that President Biden has sanctioned Ethiopia, but that's not exactly true. The executive order does not immediately sanction any person or government entity but grants U.S. agencies the right to swiftly impose penalties as necessary.

"I, JOSEPH R. BIDEN JR., President of the United States of America, find that the situation in and in relation to northern Ethiopia, which has been marked by activities that threaten the peace, security, and stability of Ethiopia and the greater Horn of Africa region -- in particular, widespread violence, atrocities, and serious human rights abuse, including those involving ethnic-based violence, rape and other forms of gender-based violence, and obstruction of humanitarian operations -- constitutes an unusual and extraordinary threat to the national security and foreign policy of the United States. I hereby declare a national emergency to deal with that threat."

Since the conflict between the federal government in Ethiopia and independent groups in the Tigray region began, a widespread humanitarian crisis has grown amid violent conflict, leaving millions of people in need of humanitarian assistance. The entire region of Tigray is on the brink of famine, and it's been reported by the United Nations that more than 50,000 people have died in the conflict.

The latest pressure point from the United States will seek to ensure that humanitarian assistance is sent through legitimate and transparent channels. In May, the Biden administration restricted visas for current Ethiopian officials in an effort to encourage leaders to stay in the country and focus on dialogue.