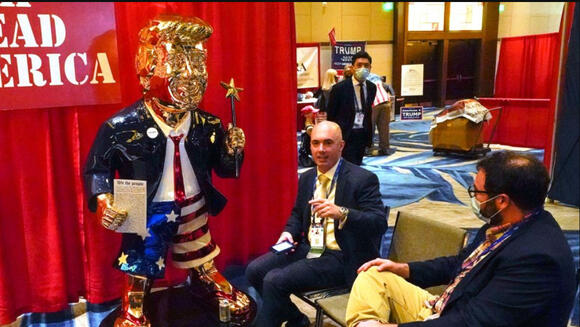 Saturday, September 18, an estimated 500 to 700 people will travel to the nation's capital to protest the arrest of those involved in the January 6th insurrection. Matt Braynard, the organizer, and head of Look Ahead America wants the goal to be clear.

Braynard asked attendees not to bring clothing, signs, or flags that proclaim anything other than concern for people arrested. He also scheduled speakers and has a 'guest host.'

It's happening at noon, just off Third Street, Northwest, in front of the Capitol Reflecting Pool.

Braynard has advised attendees to be “respectful and kind” to police and advises attendees to travel in groups until they leave DC or get to their hotels. “Numbers will keep you safe,” he said in a video. It's also illegal in the District to carry and conceal guns.

There is also an unauthorized counterrally being formed and the National Park Service has not received any permit applications for a counterprotest at Freedom Plaza or any other location, spokesperson Mike Litterst tells Washingtonian.

Fences and barriers are being constructed to keep people back and if all goes well it will be removed shortly after the protest ends according to U.S. Capitol Police Chief J. Thomas Manger.

No doubt, the police rightfully will be on full alert, and if you're only curious stay home and watch from television.