With the advent of genomics and genetics, studies on crop genomes have firmly established that human activity has helped shape plant architecture, traits and their spread. If aeons of human intervention have led to safe and healthy food crops, then why should we think any different about GM crops?

Here, I will list three reasons why Genetically Modified Crops are safe for consumption. Better yet, I would argue that in some ways, they may be safer than conventionally bred crops. Here are the reasons why:

1. Humans have long engaged in the modification of animals and food crops through selection and breeding.

Photo by nrd on Unsplash

That’s right; this cute little animal above (The Pug) has descended from an ancestor it shared with a (now extinct) species of wolves (Freedman et al., 2014). Humans have engaged in the selection of dogs with the right “traits” for centuries (when thinking about dogs). Try to cuddle a wild wolf and you will get the point.

We have selected for and bred plants with useful traits since the dawn of agriculture.

For thousands of years, early humans started saving the seeds of plants that had improved traits. We now understand that this meant the selection of mutants with better yields, tastier fruits, resistance to pathogens, and so on). The accumulation of mutations over time led to dramatic changes in crop plants which we now consider normal and healthy foods. In some cases, however, these crop species, do not remotely look like their ancestral counterparts.

I present to you two examples below. 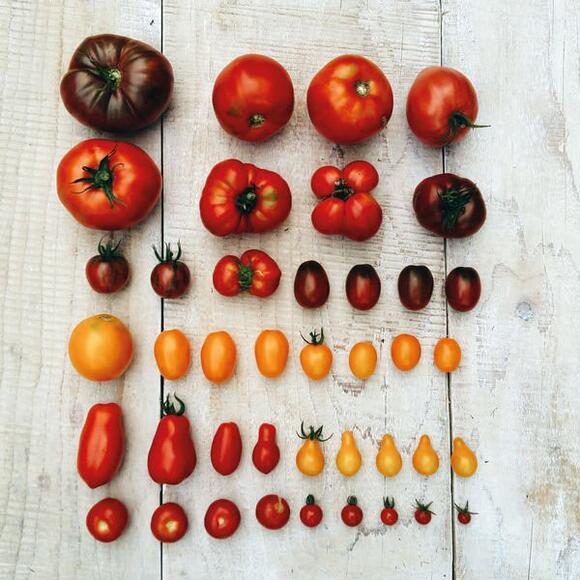 A collection of fruits from wild tomato species. Some have great agronomical traits; many are not fit for human consumption (from: https://images.nature.com/full/nature-assets/nature/journal/v544/n7651_supp/images/544S8a-i1.jpg). 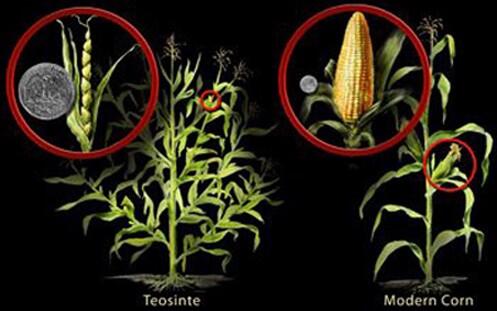 Say you have two plants, a crop cultivar, and its wild ancestor and you wish to introduce new traits from the ancestor into the cultivar. The genetic approach is to cross and to select for your favourite trait (say resistance to a pathogen). While your trait is specified by one or maybe even five genes, the actual cross results in the introduction of thousands of new gene versions. Any harmful genes? Breeders can’t know (they tend to look at the genetics of the good traits). Despite these crude approaches, we have not attributed any detrimental effects to these approaches. In all fairness, showing such effects would be a major scientific challenge, requiring us to study and compare the impact of an ancestral food diet. 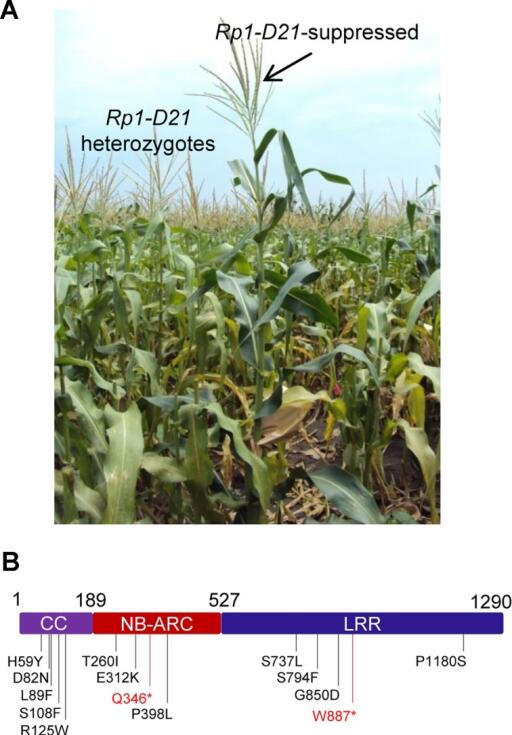 From a health point of view, conventionally bred crops are as healthy as the majority of their GM counterparts. The majority of genetically engineered crops, however, reduce the chemical inputs normally required for high yields. Genetically encoded disease resistance, for example, reduces the needs for chemical sprays while limiting disease incited losses. This means a significant reduction of chemical release into the natural environment and lower levels of chemical residue on the foods you eat. GM crops thus offer a range of benefits to human health and the environment. GM technology now allows an unprecedented level of controlled modification of plants. This level of control, therefore, now enables us to determine what the possible impact is of each intervention. Controlled modification of plant genomes also empowers society to decide whether deploying a GM crop carries any risk and whether the benefits warrant adoption.

Our ability to know and speculate on the consequences of a given modification contrasts with the choices we face when adopting a new crop variety, developed with conventional methods. The intent is clear, but the collateral effect remains unknown initially. Because of these reasons, I believe that GM technologies can help ensure the improvement of crop production in a sustainable manner.

An important question, as always, remains what the impact of GM will be on the environment. This is an important question if we are to decide on the large scale deployment of GM crops and the benefits such varieties will bring to the table.