As it turns out, there is a link to the observation that I made earlier. Pathogens have a stake in suppressing immunity in hosts because by doing so, allow their environment to be friendly and conducive to growth. Pathogens do this by secreting and delivering molecules into host tissues that mess up cellular processes that otherwise would contribute to immunity. While some of these 'medicines' act outside the cell (extracellular or apoplastic effectors), some manage to travel inside the cell, where they affect a range of signalling cascades used for defense. One could think of these effector molecules as painkillers, reducing the consequence of pain perception (reduce pain) and lower the levels of inflammation. 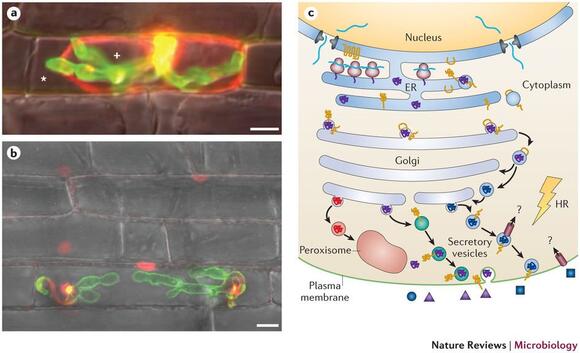 Importantly, the organelles and structures found in pathogenic microbes appear critical for the effector ('medicine') secretion and delivery process (Whisson et al., 2007; Zhang and Xu, 2014). In most microbial plant pathogens, the mechanics of this process is still elusive. We certainly know little about the secretion and translocation process in eukaryote pathogens such as fungi, oomycetes, parasitic plants, insects, and nematodes. In bacteria, however, the processes that govern the assembly of the type 3 secretion system, its activation and subsequent selective secretion of effectors through these needles are better understood (for a review, see Portaliou et al., 2016).

Now, a critical question in the field of molecular plant pathology is: what do these microbial effectors do? The reason for asking this question? There are some interesting answers with exciting implications. Some are listed and described below:

1. The molecular targets of pathogen effectors tell us about the plant immune system (Speth et al., 2007; Motion et al., 2015 ). Plant genomes carry thousands of genes, many of which have some role in immunity. How would you pick out the important ones for characterization? We don't. By studying the factors that are modified by pathogen secreted molecules, we let pathogens do the talking! If host factors that regulate immunity do not matter for a pathogen, why would they spend energy and resources playing with it? The logic is quite simple here and rests on the idea of host-pathogen co-evolution. 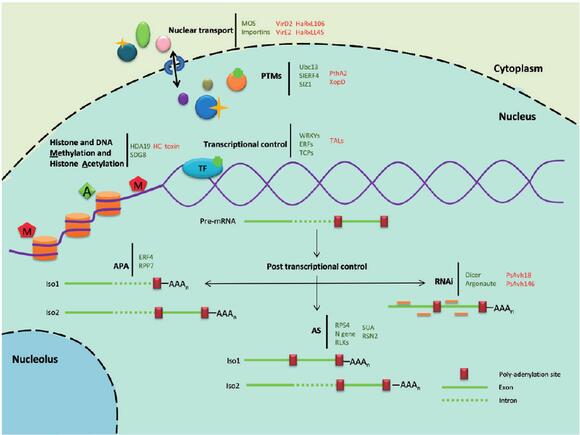 Figure 2. Schematic illustrating the processes required for immunity and the effectors that are known to target these processes. From Motion et al., 2015. Source.

2. We can try and intervene. If a pathogen effector is paramount for disease, and we know how it interacts with its plant target, we could in principle modify the host protein such that it becomes insensitive. In other words, the plant target stops being ticklish and continues its job despite the effector attacking it. Modification of the plant protein would, therefore, inactivate the pathogen effector. Imagine, preventing disease by the engineering of a host target in plants! The consequences are immense here; prevention of epidemics in modern crop production requires the heavy use of pesticides in most cases. The scenario just described here would reduce chemical spray applications significantly.

3. We, scientists, are curious about pathogen effectors and their functions. Perhaps and at first glance, this is not a very insightful answer. But there are other puzzling observations made to date that require explanation if we wish to defeat pathogens in our fields. These observations include the extreme diversity in effector arsenals and their functions, their emergence and subsequent evolution. All of these considerations are relevant to answers 1 & 2.

So, what is the take-home message here? Effectors are omnipresent in pathogens and pests, illustrating their critical roles towards disease. These pathogen molecules act as 'medicines' binding and messing with host factors. These effectors, therefore, are considered molecular probes, allowing us to interrogate the host immune system. This, in turn, should lead to more resistant crops and a reduction of pesticide use.

To read more about our salads and their adversaries, please find links to other episodes below:

What sets a pathogen apart from its innocent relatives?