I am a professional Human resource manager who has been writing for six years now, I write about work-life, Insurance, SEO and personal experiences.

According to Dr. Jill Roberts, these shortages are caused by the fact that many viral infections are sweeping across our communities at the same time. 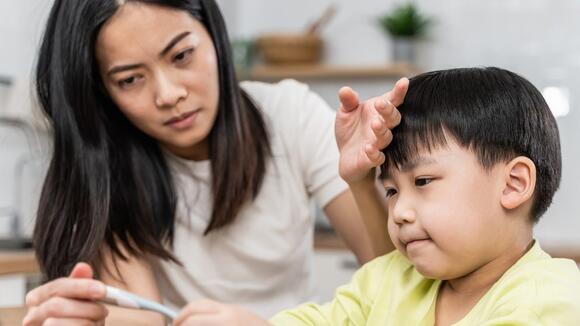 The 'tripledemic' is causing a scarcity of key fever and flu drugs.Photo byPaison

ST. PETERSBURG, Florida: It's that time of year when temperatures begin to fall and fevers start to rise.However, some of the medications you're used to taking to manage your disease may be more difficult to obtain."There have been shortages of flu-fighting medications, including Tamiflu and generics," said Dr. Jill Roberts of the University of South Florida School of Public Health. "Everything for children to cure fever, such as Tylenol, has been in poor supply, and even amoxicillin has been in short supply."

According to Roberts, these shortages are exacerbated by the fact that many viral infections are spreading across our communities at the same time. "We have flu, RSV, and COVID all circulating in significant numbers," she explained. Because many illnesses have similar symptoms, medicine that can assist is in great demand. "Everyone's looking for the same treatments," Roberts said. However, Roberts believes the shortages will be temporary.

"They're going to increase manufacturing of those high-selling pharmaceuticals to get them back on the market as quickly as possible," she added.

Roberts recommends that you follow the safety precautions you've been advised to take over the previous few years to minimize the possibility of requiring assistance and it being out of stock." Wear the mask and keep the viruses at bay," she said.

To avoid the infections she listed, Roberts recommends wearing a mask and getting accessible immunizations, such as flu shots or COVID boosters. She also claims that masks can guard against other illnesses that are spreading swiftly this Christmas season, such as stomach infections like the norovirus

I am a professional Human resource manager who has been writing for six years now, I write about work-life, Insurance, SEO and personal experiences.

Two Florida men were arrested after setting fire to a house with 21 people inside.

According to the Florida Highway Patrol, a wrong-way intoxicated driver killed one person in Manatee County.

Authorities said a man from Lake Wales was arrested for killing his brother.

For the last week, cars have had access to the new roundabout. FDOT addresses Sarasota roundabout safety concerns.Photo bySayer. SARASOTA, FLORIDA: A new roundabout in Sarasota has opened after a year and a half of development. The intersection, which is located where the Tamiami Trail connects with Gulf Boulevard, opened to traffic one week ago.

On Christmas Day, two teenagers were discovered dead in the Palm Bay neighborhood known as "The Compound".

Authorities say a woman abandoned a missing teen in Clay County site with no intention of coming back.

Freeze warnings are in effect throughout the Tampa Bay region ahead of the Christmas cold storm.

Both Saturday and Sunday mornings, much of the Tampa Bay area will be under a freeze or hard freezing warning. Freeze warnings and watches are in effect in Florida ahead of a cold front.Photo byWesh.

Travelers are trapped across the United States due to a major winter storm.

Delta, American, United, Frontier, Alaska, Southwest, and other airlines waived change costs and allowed passengers to choose other flights. Travelers are trapped across the United States due to a major winter storm.Photo byGettyimages/Richard.

Authorities say a 75-year-old man was killed after shooting his girlfriend and himself in a Sarasota residence.

The woman is still alive and being treated at Sarasota Memorial Hospital. The investigation by Sarasota County deputies into the apartment shooting finds that one person was hurt and one person died.Photo bySarasota Police Department.

Lakeland decides to move forward with an innovative 'road diet' along Florida Street.

A passenger faces federal charges after taking a box cutter onto the plane, prompting an emergency landing.

Deputy shot at by vehicle in road rage incident, according to HCSO.

Based on the agency, it happened shortly after 6 p.m. on Balm Riverview Road and CR-672. During a road rage incident, an armed motorist fires at an HCSO officer.Photo byJordan. HILLSBOROUGH COUNTY FLORIDA: A Hillsborough County Sheriff's officer was fired at by another vehicle in a case of road rage, according to a news release issued by the sheriff's office Wednesday night.

Heartbreaking for our community: Citrus deputies said a man shot and murdered his wife following a disagreement.

Citrus County deputies responded to a complaint regarding a gunshot at a residence on South Springbreeze Way. During an altercation, the husband shot and murdered his wife.Photo byCitrus County Sheriff's Office.

Authorities said a child's body was discovered on the passenger side of a tiny plane that crashed off Venice Beach.

According to officials, the airplane took off from Venice. A search is now underway. A child's body was discovered on the passenger side of a tiny plane that crashed off Venice Beach.Photo bySarasota County Sheriff's Office.

HCSO: A man has been detained after confessing to shooting many cats

During the inquiry, a witness reported seeing a cat with many pellet wounds. A cat with it's owner from help guide.Photo byHelp guide. TAMPA, Florida: The Hillsborough County Sheriff's Office stated a 65-year-old man acknowledged shooting numerous animals near his residence.

Renters in Tampa are concerned about housing discrimination.

The Tenants Bill of Rights is intended to safeguard those who rely on Section 8 vouchers by prohibiting permissible income discrimination. TAMPA, Florida: Renters in Tampa allege housing discrimination persists despite the city council approving a Tenants Bill of Rights earlier this year." We just want to live like everyone else," said Kenneth Lofton, who is seeking a place to reside. "But it's difficult...you know? All you have to do is keep going."

A mother from Tarpon Springs died and her kid was injured in a backyard fire pit explosion.

Jeffrey, 11, was able to go home after weeks in the hospital to complete his treatment. Nicole a mother of five dies in fire pit accident.Photo byDineen. TARPON SPRINGS, FLORIDA: Following a horrific tragedy that killed a mother and critically injured her 11-year-old son, the Tarpon Springs community has rallied behind a family.