You're Not a Time Billionaire 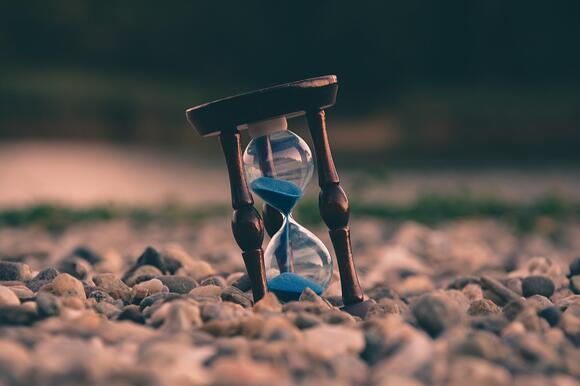 Photo by Aron Visuals on Unsplash

“Every second is of infinite value” — Johann Wolfgang von Goethe

It’s difficult to objectively define time. It’s isn’t an actual thing, just an abstraction that humanity created to make the world more organized. It wouldn’t exist without us. For the sake of this article, I’ll be referring to time just like that — an abstraction.

When you were born, you got nothing more than a number representing your life span. Become aware that it’s everything you have.

Everything you’ll gain in your life will take time as input. To finish college, you must invest time in it. The same logic applies to career, relationships, or sports. Time is unavoidable input.

The life span is just a blink of an eye. Literally.

I’m not saying that to make you depressed. I’m saying this because it’s a fact, and if you ignore it, you’ll live your life completely differently.

Time is your most valuable resource

Many of you reading this think they will live forever. You kinda know it’s not true, but you still try to fool yourself like that. If you think that your time is unlimited, you’ll live like it’s unlimited, and that’s bad.

Imagine having an unlimited amount of money, without doing anything for it. You would spend it on anything passing by! You won’t think if you should buy something, you would just buy if you want to, what difference does it make! Infinite minus $10000 is still infinite.

On the other hand, if you know you only have a limited amount of money for the upcoming month, you will think wisely before you spend it. You’ll make priorities. You know you won’t have enough for surviving if you spend everything on completely useless things.

People who view their time as unlimited spent it viciously. They care about everything, from TV shows, social media, and bad habits, and don’t care about what matters the most — time.

If you’re aware that your time is limited, the chances that you’ll do something useful now are significantly bigger. Seneca, a Roman Stoic philosopher, was totally aware of limited time in life. He said:

“We are always complaining that our days are few, and acting as though there would be no end of them.”

If you think about time as an infinite number, you will procrastinate. A lot. You won’t have a problem spending it with the wrong people, doing the wrong things, because hey, “the right time will come by itself”, won’t it?

No, it won’t. You’re the creator of your own life. Positive life comes out of positive actions, and all of them require time. If you invest your time wisely, you will get positive results. Like when you invest money in the right stocks.

But if you spend your time carelessly, a positive future won’t come. Your life will pass so quickly, and then you’ll be lying on your deathbed, thinking about all the missed opportunities and bad decisions. Bad interests. So many regrets.

Don’t think then. Think now. Act now. If you look at your monthly income as something valuable, look at time as 1000X more valuable. Spend it accordingly.

When you’re doing something, ask yourself: “Do I really benefit in the long term for doing this?”.

If the answer is no, then stop doing it. Otherwise, it will be just another bad decision which you’ll regret afterward.

Success and fulfillment are not a coincidence. You build them, by thinking critically and choosing the right actions.