The Most Successful People Use This Secret 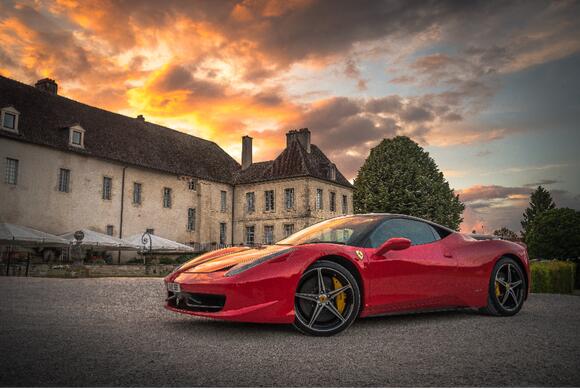 Photo by Matt Lamers on Unsplash

“A person is limited only by the thoughts that he chooses.”―James Allen

Let’s start with the business laptop I’m writing this on. How did it come into my life?

Obviously, I had to get a job first. Preparation for a challenging interview process was a necessity to get it. The interview wouldn’t have happened if I hadn’t sent my motivational letter and CV, and that wouldn’t be possible without me selecting the company.

In the beginning, the thoughts which led me to action for seeking a new job were an absolute requirement for anything after it.

What about the flat I currently live in? After a decision I must find a new place, I researched the market, visited a couple of places, and moved here. Again, nothing would have happened without the initial thoughts of me moving out.

I can continue to use this pattern for everything I’ve ever accomplished — it doesn’t matter if it’s big or small; conscious or unconscious. One thing is in common:

Everything started as a thought.

2 Patterns — Use the Correct One

When observing other people, I can notice that many of them think in reverse. They form their mindset according to their current physical reality, even though that reality is just a manifestation of their past thoughts.

Take a moment and think about all your successes. I assure you that none of them appeared randomly in your life and that thoughts came before any actions you took to attain them.

If you don’t know how something happened, it doesn’t mean the same pattern wasn’t followed.

It means that you were unaware of it.

The pattern applies to every single material, intellectual, or spiritual achievement. It’s the way the system works from the very beginning.

Thoughts lead to actions, which materialize themselves as results in the physical reality.

Thoughts are your fuel, and you must constantly cherish them. If you can hold something in your mind and you believe in it, it will eventually materialize itself.

At one moment, a person’s awareness in life increases, and it develops an ability to observe the physical reality around itself. One is frustrated for not achieving the wanted.

That reality arises thoughts about one’s incapability of being successful. This results in a lack of self-confidence and not believing in self.

The physical reality doesn’t change because the thoughts that create it doesn’t change. Doing it this way, it can only get worse.

If you don’t change the input, the output will remain the same.

One keeps losing faith in itself, and fill its mind with distractions like alcohol, gambling, TV, etc., just to get away from its dissatisfaction.

Thinking in reverse isn’t possible, and if attempted, it will result in disappointment.

Apply It to the Future Triumphs

“The subconscious mind can not tell the difference between what’s real and what’s imagined.” — Bob Proctor

In the same way, I was observing the physical reality around me, I can now plan and observe my future successes.

I visualize them with as many details as possible. Colors; smell; sound; feeling of me achieving it.

Those are not just dreams — doubt is nonexistent. I totally believe in them, and represent the images as facts.

When thoughts about going to the local grocery store arise, I don’t have any doubts about them materializing. I just plan when to go, and do it. Keeping it simple.

The same analogy is used for any other achievement. Believe in something, and it will materialize if you can hold your beliefs.

In its book, Innercise: The New Science to Unlock Your Brain’s Hidden Power, the author John Assaraf claims the exact same thing as Bob Proctor. I use this fact to create my future with the power of imagination.

The visualizations help my mind to arise powerful thoughts, exactly those needed to accomplish my goals. Notice, the lack of belief will result in disempowering thoughts full of doubt, and your actions won’t take you to the right highway for the goals.

Don’t let your current reality to create your mindset; you’ll stay in it forever. It doesn’t matter where are you now, it only matters where can you imagine yourself. Incorrect actions you took in the past aren’t an excuse for doing them in the future.

“First say to yourself what you would be; and then do what you have to do.”