Mel Kiper Jr. just released his latest NFL Mock Draft and on this video tell you which 2 players the ESPN Draft analyst projects to go to the Miami Dolphins. The Carolina Panthers traded up to pick #3, which player did Miami draft at pick #8? Mel Kiper has the Dolphins drafting Jaylen Waddle at pick #8 & Jaelan Phillips at #18. Kiper is impressed by how well the Dolphins roster is constructed. Despite Miami signing Will Fuller in Free Agency, could they also draft Waddle at pick 8 instead of OL? 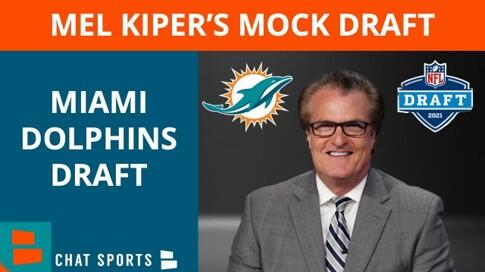