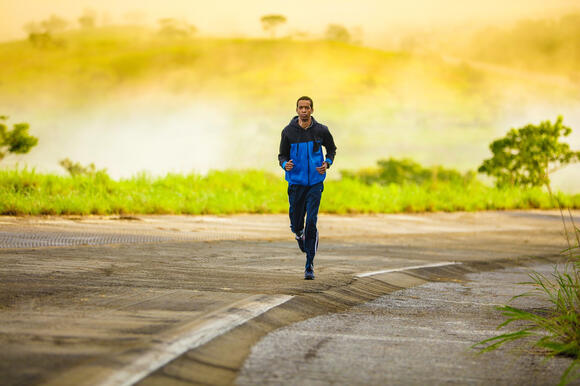 The Chicago Area Runners Association or CARA is proud to be the third-largest local running organization in the US. They have been active in developing running guidelines for members to run safely. The Road Runners Club of America, the nation's largest distance-running organization, followed up by adopting these guidelines for all its 1,500 clubs.

Running Out the Pandemic Year

The pandemic year saw a running boom make the headlines. A year later, the sport continues to maintain its popularity. Greg Hipp is the executive director of CARA. He praised running as an 'escape from our over-Zoomed lives.' "Running has been the cure to so many people's need to protect their physical and mental well-being," he said.

The guidelines include maintaining at least six feet distance from one another. It also suggested avoiding physical contact such as high fives. One should refrain from actions such as spitting or blowing the nose when in a group.

The organization clarified earlier that people should run individually until the restrictions are over. Recently, as the state returned to phase four of relaxed guidelines, groups of up to 50 people were allowed.

The Beginner’s Guide to Running

CARA has a set of instructions for beginners looking forward to take up running. It advises people to check with their physicians first. They recommend runners to focus on developing endurance and strengthening their hearts and lungs. One should start at a walking pace before beginning to run. Pacing is especially important. The right 'pace' or 'how fast one runs or jogs' should allow continuing the workout for a sustained duration.

According to CARA, the best way to start running is by a 'run/walk progression plan.' This is achieved by combining running and walking. At first, you run for one to two minutes and follow it up by walking for one to three minutes. The best way to maintain the rhythm is to have a 'conversation pace.'

This is the effort that allows runners to carry on a conversation, at least by using phrases. Walking breaks are integral to the process of developing a running plan. Using run/walk intervals helps one to become a better runner. It is helpful in eventually covering long distances with a reduced risk of injury.

On the Days You Are Not Running

Allow your heart rate to come down during walking. If you are using a heart rate watch, see that it comes down to 120/130 beats per minute on an average. Resting every alternate day is important for new runners. It helps the body to recharge by getting the muscles to recover.

Cross-training on some of the days you are not running is advisable. This includes brisk walking, biking, or hiking. Swimming, yoga, and weight training is also recommended. As per the beginner’s running plan, days of cross-training should not be overtly intense training sessions.

If you miss a workout session or run/walk session, do not stress over it. Do not try to fill in the 'missed workout' by putting in additional effort. This in turn increases the risks of injury.

Before and After Workouts

One should do a 'dynamic' warm-up before workouts. Do 'static' stretches afterward. Consider doing some core strengthening (such as planks) and strength training after runs. Do not overdo it, especially if you have never substantially exercised before.

The biggest reason for injuries is progressing very fast. Sticking to a beginner running plan averts these risks and makes it safe. Some problems, such as muscle soreness, is normal. It is not a cause for concern. However, if there is lingering pain, especially sharp ones, consult a doctor.

The word self-care is making headlines in every news platform across all media. The buzzing word propagates the importance of self-care to remain present, committed, and connected. In the 1988 Essay Collection, A Burst of Light, Audre Lorde wrote, "Caring for myself is not self-indulgence, it is self-preservation, and that is an act of political warfare." Radical self-care gives one the power to heal and enter the next phase of life with preparations.

Do you want to get rid of the hustle-bustle of urban life? Are you planning to spend some time in the company of nature? The parks in Chicago are the best places to visit. These recreation grounds are equipped with various amenities for working out and entertainment. One can enjoy an exercise session, bike riding, or some stunts at the tennis court there.

Why Dynamic Stretching Can Change Your Life

Do you take the time to stretch? As a society, we tend to be more sedentary than ever due to the pandemic. It’s so important that we keep our bodies as limber, loose, and in-equilibrium as much as possible. Stretching is a great way to accomplish all of the above!

Public health officials announced some mandatory COVID-19 prevention measures for the gym goers on Wednesday (February 24th, 2021). Today, wearing masks and maintaining a physical distance of 6 feet is necessary at every workout place. Centers for Disease Control and Prevention got a stir as the coronavirus's rapid spread was reported at various gyms of Chicago and Honolulu last year. Allegedly the gym members and instructors were involved in heavy physical activities without wearing a mask.

How To Start Yoga: Beginner Yoga for a Strong Core and Flat Belly

If you're anything like me, the idea of doing abdominal crunches for toned abs and a flat belly is enough to send you running away from the gym. Fortunately, you don’t have to do crunches to have a strong core... Here are 4 beginner yoga poses that anyone can do for a strong core and flat belly!