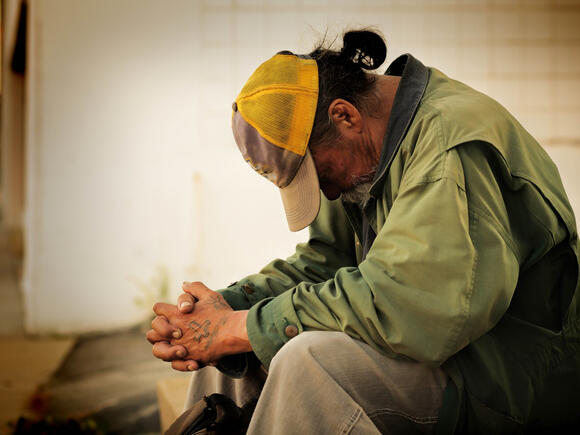 Homeless people living in temporary camps at City Hall and Westport are concerned about their removal after a city council spokesperson said how these camps are becoming a major public health and safety issue. Many campers expressed their concern about the eviction process over the spokesman's comment, saying, "It is time for people to take advantage of existing services in shelters and at non-profit agencies." However, according to the city's police department, they have not yet received any direct order regarding removing these two camps.

Officials of the city council disclosed the removal notice via the Abraham Lincoln statue in front of City Hall. The notice says that this homeless camp is built on an "illegal campsite," after last Sunday, i.e., 4th April, campers could get arrested.

On Thursday, 1st April, members from the KC Homeless Union and KC Tenants gathered on the steps in front of that statue against this announcement. The main claim was that the camp won't move until the city administration meets these homeless people's demands.

In the words of Quadafi, a leader of KC Homeless Union, "We want homes. We want jobs. We want to water during a pandemic. We demand a seat at the table where they make decisions concerning our lives because those who are closer to the problem are closest to the solution." Additionally, he wants to say that the homeless campers are protesting over the city housing policies.

Leader of KC Homeless Union, Quadafi, argued that shifting these people to another shelter will not be a permanent solution. He wants these people to shift to permanent houses provided by the city council itself before putting a notice on the campsite regarding eviction.

On the contrary, City Communications Director Chris Hernandez said that the authority has already spent several weeks with the campers regarding alternative shelters. He said that the city author wants these people to move to dedicated non-profit agencies or groups that deal in providing shelters for homeless.

In his words, "We have increased outreach over the last few weeks because we do feel that it is time for folks there to take advantage of those social services that are available to them." He also mentioned the main reason for this relocation schedule is public health. "There is a serious problem there with human waste that is piling up, even though we have given them a portal-potty system," Hernandez said.

He also highlighted the part that the city council will not perform a sweep of the camp. He mentioned that being homeless is not a crime and the city council is with the homeless. And even the city administration will help them to find an appropriate shelter for these homeless people.

The camp in the City Hall was constructed at the start of February. The one along the Westport Road was set up around mid of February. Both camps are in the heart of Kansas City, and that's why residents are also pushing the city council to find a long-term solution for these homeless.

Local merchants also want a permanent solution for the camp located near city hall. Cooper Weeks, owner of the Old Westport Shopping Center (located near Westport camp), complained that thefts at his tenants' stores have increased. He also mentioned that the camp's people used the store bathrooms and acted unruly with storekeepers. Also, another major concern is both the camp locations are very busy in terms of traffic. Some 20,000 to 30,000 vehicles pass these areas daily, so building illegal camps may cause accidents.