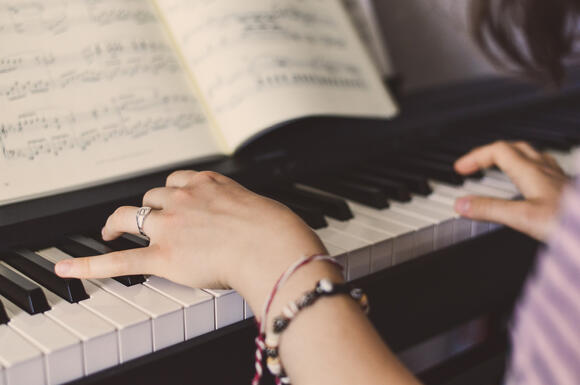 Pianos for People is a non-profit founded by Tom Townsend in 2012. The organization works by matching new pianos to people who could not otherwise afford them. Recently, Pianos for People achieved its milestone of the 300th piano donation. It was a momentous occasion for eleven-year-old Amani Dugger, who became the recipient of the prized 300th donation, a Baldwin Hamilton.

Tom Townsend was a local philanthropist and a Jazz and Blues pianist himself. He founded the non-profit to honor the memory of his son Alex, who died of a car crash when he was just 21. Alex was passionate about the drums and piano and a Savannah College of Art and Design student in Georgia. According to Tom, sharing the love for music with others was the best way to carry on his legacy. Tom helmed the organization for a long time, up to 2019, before succumbing to cancer. Nothing could affect his indomitable spirit, even a gunshot wound he received on his chin during a carjacking attempt in 2018.

From Teacher to Student

Besides providing the actual instruments, the non-profit group also provides free piano lessons in St. Louis and Ferguson. Mike Carosello is a teacher with Pianos for People. He led a group lesson session at the Community of Women Against Hardship, another non-profit supporting family from disadvantaged backgrounds. Amani's grandmother, Pamela Dugger, enrolled her in the group to learn the piano and get a scholarship.

Carosello noted that Amani was the most consistent of all students. She had it in her to love the piano. When the pandemic halted the program, Carosello took in Amani as a private student. At that time, he said to Amani that he could get her a real piano. A graduate from the prestigious music program at the University of North Texas, Carosello said that it was "transformative" to provide his student with the same opportunities that he received as a child.

Laurie Bowen had her piano lay idle in her Ballwin room for quite a long time. It was a loving gift from her husband on her 45th birthday when she thought to rekindle her musicianship. She had been an avid piano player from age 5 to age 18 when she played covers Elvis Presley and Billy Joel besides classical compositions. Bowen, now 54, found that it was not easy to find the time to practice with a full-time job and a young son at home. "I realized that it was not going to happen, “said she. It was then that she figured that the piano must go to "somewhere nice."

Amani is a student at Pamoja Preparatory Academy in St. Louis and wants to become a cardiac sonographer when she grows up. The piano is the only way she can receive a scholarship to higher education and fulfil her dreams someday. She said that she plays the piano whenever she is "stressed out or upset" and feels better.

On receiving the piano, Amani and Carosello played a Blues duet. She hopes to play as well as her teacher someday. The Dugger family was overjoyed at receiving the piano in such a good condition as the 12-year-old wants to play gospel classics "Amazing Grace" and "Silent Night". She also wants to play jazz and cover songs of Billie Eilish. Amani's grandmother Pamela Dugger said that she had no idea that it would be so beautiful.