3 Celebrities born in Fort Wayne, IN 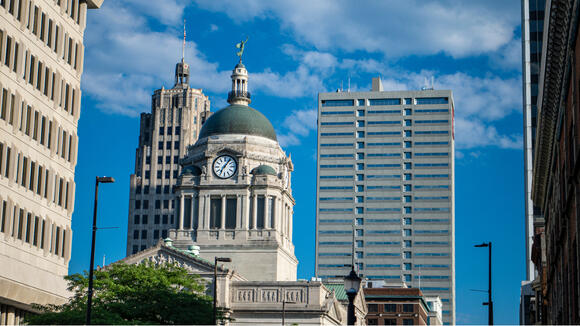 Photo by Zach Vessels on Unsplash

Fort Wayne is a city in the U.S. state of Indiana and the seat of Allen County, United States. It is located in northeastern Indiana, the city is 18 miles west of the Ohio border and 50 miles south of the Michigan border.

Fort Wayne is the cultural and economic center of northeastern Indiana.

Regina Marie "Jenna" Fischer was born on March 7, 1974, in Fort Wayne, Indiana, U.S. She is an American actress best known for her portrayal of Pam Beesly on the NBC sitcom The Office, for which she was nominated for the Primetime Emmy Award for Outstanding Supporting Actress in a Comedy Series in 2007. Also, Jenna Fischer was a producer for the show's final season.

In November 2017, Jenna Fischer published her first book, The Actor's Life: A Survival Guide, with an introduction by Steve Carell.

He is an American actor, film producer, and writer known for his role of ADA Jeffrey Brandau on the television series Crossing Jordan.

He was a voice actor in Disney's 2007 computer-animated film Meet the Robinsons as DOR-15 (Doris), Uncle Fritz, Aunt Petunia, Uncle Dimitri, Uncle Spike, Cousin Laszlo, CEO of InventCo. From 2002 to 2007 he was in Crossing Jordan as ADA Jeffrey Brandau.

Ethan Sandler is Jewish and graduated from Northwestern University where he met his future wife, actress Kathryn Hahn. They have been married since 2002 and have two children together, Leonard and Mae. They live in Los Feliz, Los Angeles.

GravyCarole Lombard (Jane Alice Peters) was born in Fort Wayne, Indiana, the U.S. on October 6, 1908 – and lost her life on January 16, 1942. She was an American actress, particularly noted for her energetic, often off-beat roles in screwball comedies.

In 1999, the American Film Institute ranked Lombard 23rd on its list of the greatest female stars of Classic Hollywood Cinema.

Carole Lombard appeared in fifteen short comedies for Mack Sennett between 1927 and 1929 and then began appearing in feature films such as High Voltage (1929) and The Racketeer (1929). After the successful appearance in The Arizona Kid (1930), Carole Lombard signed a contract with Paramount Pictures.

Carole Lombard's career was cut short when she died at the age of 33 aboard TWA Flight 3, which crashed on Mount Potosi, Nevada while returning from a war bond tour.

Today, Carole Lombard is remembered as one of the definitive actresses of the screwball comedy genre and American cinema.