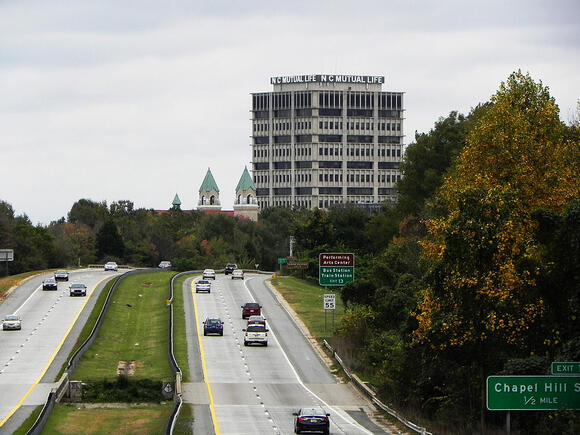 Durham is also known as Bull City, is a city in and the county seat of Durham County in the U.S. state of North Carolina.

The city is the core of the four-county Durham-Chapel Hill Metropolitan Area, which has a population of 644,367 as of U.S. Census 2019 Population Estimates.

Shirley Ann Caesar-Williams was born on October 13, 1938, in Durham, North Carolina, U.S. She is known professionally as Shirley Caesar. She is an American gospel singer, songwriter, and recording artist whose career has spanned seven decades.

She is a multi-award-winning artist, with 12 Grammy Awards along with Dove Awards and Stellar Awards. Shirley Caesar is known as the "First Lady of Gospel Music" and "The Queen of Gospel Music."

Shirley Caesar began recording at the age of 12 in 1951 on the Federal recording label.

She has released over forty albums. Shirley Caesar participated in over 16 compilations and three gospel musicals, Mama I Want to Sing, Sing: Mama 2, and Born to sing: Mama 3. Shirley Caesar is also the creator of the #unameit challenge, which occurred during one of her song sermonettes. She opened her eponymous store and plans on using the profits to help others during the holiday season.

According to Soundscan, Shirley Caesar has sold 2.2 million albums since 1991. Shirley Caesar has made several notable appearances, including the televised Live from Disney World Night of Joy, the Gospel According to VH1, a White House performance for George Bush, and a speech on the Evolution of Gospel Music to the US Treasury Department. She was honored with a Grammy Lifetime Achievement Award from The Recording Academy, in 2017.

Anthony "T. J." Warren Jr. was born on September 5, 1993, in Durham, North Carolina, U.S. He is an American professional basketball player for the Indiana Pacers of the National Basketball Association (NBA).

He played college basketball as a small forward for the NC State Wolfpack in the Atlantic Coast Conference (ACC).

In the 2013–14 season, TJ Warren earned consensus second-team All-American honors and was named the ACC Player of the Year after leading the conference in scoring with an average of 24.9 points per game. TJ Warren was picked in the first round of the 2014 NBA draft with the 14th overall pick by the Phoenix Suns.

TJ Warren spent five seasons with the Suns before being traded to the Pacers in 2019.

Trot Nixon's career wound down with limited appearances for the Cleveland Indians in 2007 and the New York Mets in 2008.

Trot Nixon currently serves as co-host/analyst for "The 5th Quarter," a high school football highlight show on WWAY-TV in his hometown of Wilmington, North Carolina.