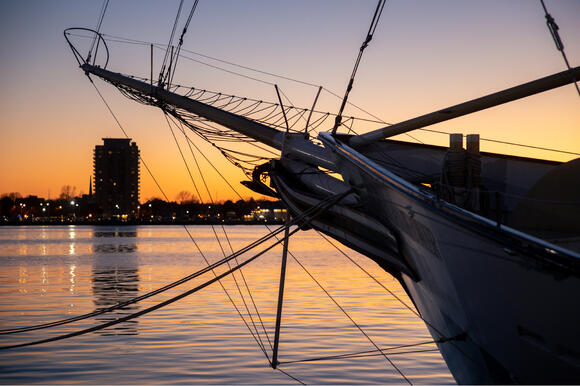 Photo by Nathaniel Villaire on Unsplash

Norfolk is an independent city in the Commonwealth of Virginia in the United States. It is the third-most populous city in Virginia after neighboring Virginia Beach and Chesapeake, and the 91st-largest city in the nation.

Norfolk was incorporated in 1705 and is one of the oldest cities in the Hampton Roads metropolitan area. Norfolk is considered to be the historic, urban, financial, and cultural center of the region.

Norfolk is at the core of the metropolitan area, surrounding the Hampton Roads natural harbor at the mouth of the Chesapeake Bay.

Thomas Grant Gustin was born on January 14, 1990. He is an American actor and singer. Grant Gustin is known for his role as Barry Allen / The Flash on the CW series The Flash as part of the Arrowverse television franchise and his role as Sebastian Smythe on the Fox series Glee.

In 2011, Grant Gustin started playing in the television series Glee as Sebastian Smythe. In January 2012, Naya Rivera and Grant Gustin performed "Smooth Criminal" as a duet in the season three episode "Michael", backed by musical duo 2Cellos. The song was filmed in a similar environment as the 2Cellos music video, in a room surrounded by empty chairs as the two musicians play. This cover debuted and peaked at number 26 at Billboard Hot 100, number 10 at Billboard Digital Songs, and number 28 at Billboard Canadian Hot 100 chart at the week of February 18, 2012.

In March 2020, Grant Gustin was cast in Operation Blue Eyes as Barry Keenan.

Patrick Joseph Wilson was born on July 3, 1973. He is an American actor, singer, and director. Patrick Wilson spent his early career starring in Broadway musicals, beginning in 1995.

Patrick Wilson is a two-time Tony Award nominee for his roles in The Full Monty (2000–2001) and Oklahoma! (2002). In 2003, he co-starred in the acclaimed HBO miniseries Angels in America for which he was nominated for both the Golden Globe Award and Primetime Emmy Award for Outstanding Supporting Actor in a Miniseries or a Movie.

For his role in the series Fargo (2015), he received a second Golden Globe Award nomination.

In the DC Extended Universe, Patrick Wilson portrayed Orm Marius / Ocean Master in the superhero film Aquaman (2018) and he voiced the President of the United States in Batman v Superman: Dawn of Justice (2016).

Emmy Raver-Lampman was born on September 5, 1988. She is an American actress and singer.

Emmy Raver began her career working in musical theater and has performed in various Broadway and national touring productions such as Hair, Jekyll & Hyde, Wicked, and Hamilton.

Emmy Raver played Allison Hargreeves in the Netflix series The Umbrella Academy since 2019. The show was Netflix's third most popular series in 2019, with more than 45 million viewers.

In 2019, Emmy Raver had guest roles in television shows like A Million Little Things and Jane the Virgin.

She was featured on the 2019 album Seven Nights in Chicago by Daveed Diggs and Rafael Casal.

In the summer of 2020, it was announced that she will be replacing Kristen Bell as the voice of Molly Tillerman in the Apple TV+ show Central Park.