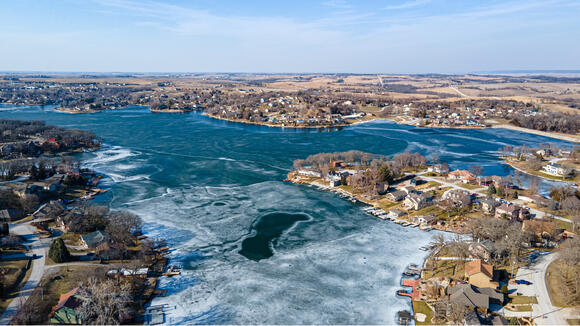 Photo by John Dame on Unsplash

Lincoln is the second-most populous city in Nebraska and the 70th-largest in the United States.

Lincoln is the economic and cultural anchor of a substantially larger metropolitan area in the southeastern part of the state called the Lincoln Metropolitan and Lincoln-Beatrice Combined Statistical Areas.

Hilary Ann Swank was born on July 30, 1974, in Lincoln, Nebraska, U.S. She is an American actress and film producer. She first became known in 1992 for her role on the television series Camp Wilder and made her film debut with a minor role in Buffy the Vampire Slayer.

Hilary Swank had her breakthrough for starring as Julie Pierce in The Next Karate Kid, the fourth installment of The Karate Kid franchise, and as Carly Reynolds on the eighth season of Beverly Hills, 90210.

Hilary Swank was named by Time magazine as one of the 100 most influential people in the world in 2005.

In the 2010s, Hilary Swank later ventured into producing, working on the films Amelia, Conviction, You're Not You, and What They Had, all of which she also starred in. Hilary Swank's other notable films include the television film Iron Jawed Angels, and the feature films Freedom Writers, Logan Lucky, The Hunt, and Fatale.

Lindsey Shaw was born on May 10, 1989, in Lincoln, Nebraska, U.S. She is an American actress. She is known for playing Jennifer "Moze" Mosely on the Nickelodeon series Ned's Declassified School Survival Guide.

Lindsey Shaw also co-starred in the 2007 CW sitcom Aliens in America and was the lead on ABC Family's 2009 comedy series 10 Things I Hate About You. From 2011–2017 Lindsey Shaw played the recurring role of Paige McCullers on the ABC Family teen drama series Pretty Little Liars.

In 2015 LindseyShaw joined the cast of Faking It as Michael J. Willett's character Shane Harvey's sister, Sasha Harvey, who served as a love interest for Gregg Sulkin's character Liam Booker.

Alexander Jonathan Gordon was born on February 10, 1984, in Lincoln, Nebraska, the U.S. He is an American former professional baseball left fielder who played his entire career for the Kansas City Royals of Major League Baseball (MLB) from 2007 to 2020. He attended the University of Nebraska–Lincoln, where he played college baseball for the Nebraska Cornhuskers.

At Nebraska, he won the Brooks Wallace Award, Dick Howser Trophy, and Golden Spikes Award in 2005. Also, the Royals selected Gordon with the second overall pick in the 2005 MLB Draft.

In 2007, Alex Gordon made his major league debut as a third baseman but had an inconsistent beginning to his career. In 2010, the Royals demoted Alex Gordon to the minor leagues for a substantial period and moved Gordon from third base to the outfield.

Alex Gordon returned to the Royals later that season as a full-time outfielder, and his play improved substantially. A member of the Royals' 2015 World Series championship team, Alex Gordon signed a four-year free-agent contract that offseason to remain with the team.

Alex Gordon won eight Gold Glove Awards, four Fielding Bible Awards, and a Wilson Defensive Player of the Year Award, all after the move to the outfield.

This Is One of the Snowiest Town in Arkansas

This Is the Snowiest Town in Indiana

South Bendis a city in and the county seat of St. Joseph County, Indiana, located on the St. Joseph River near its southernmost bend, from whence it gets its name. The city is Indiana's fourth-largest city with 103,453 residents according to the 2020 census.

This Is the Snowiest Town in Pennsylvania