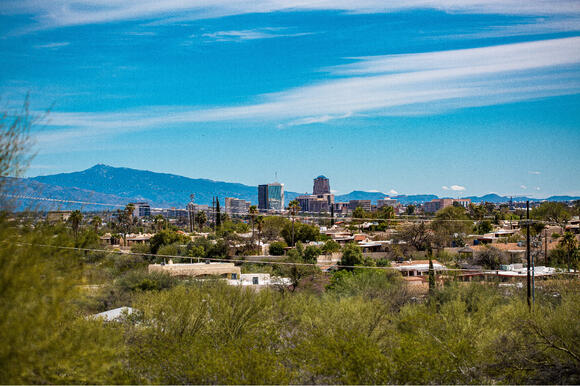 Photo by Manny Pacheco on Unsplash

Tucson is a city in and the county seat of Pima County, Arizona, United States. Tucson is the second-largest city in Arizona, with a population of 520,116 in the 2010 United States Census.

Tucson is the second most-populated city in Arizona behind Phoenix. Tucson is the 33rd largest city and the 58th largest metropolitan area in the United States (2014).

Hailey Rhode Baldwin Bieber was born on November 22, 1996, in Tucson, AZ. She is an American model, media personality, and socialite. Hailey Baldwin trained as a ballet dancer, but her dancing career ended due to an injury.

Hailey Baldwin has been featured in major ads for Guess, Ralph Lauren, and Tommy Hilfiger. She is the daughter of Stephen Baldwin and niece of Alec Baldwin. Hailey Baldwin is married to Canadian singer Justin Bieber and lives in Waterloo, Ontario, Canada.

Hailey Baldwin and Justin Bieber got engaged in July 2018 and in November 2018 they got married.

Barbara Eden was born Barbara Jean Morehead, August 23, 1931, in Tucson, AZ. She is an American actress and singer, best known for her starring role as "Jeannie" in the sitcom I Dream of Jeannie.

On November 17, 1988, Barbara Eden received a star on the Hollywood Walk of Fame for her contributions to television. In 1990, the University of West Los Angeles School of Law granted Barbara Eden an honorary Doctor of Laws degree.

Kerri Allyson Strug Fischer was born on November 19, 1977, in Tucson, AZ. She is a retired American gymnast from Tucson, Arizona. Kerri Strug was a member of the Magnificent Seven, the victorious all-around women's gymnastics team that represented the United States at the 1996 Summer Olympics, and is best remembered for performing the vault despite having injured her ankle and for subsequently being carried to the podium by her coach, Béla Károlyi.

In 1991, she also joined the United States National Team. In 1992, as the youngest member of the entire U.S. team at age 14, she won a team bronze medal at the Barcelona Olympics.

In the 1995 World Championships, Kerri Strug was a member of the bronze medal-winning U.S. team and Kerri Strugplaced 7th in the AA.

Kerri Strug participated in the 1996 Olympics as a member of the U.S. women's team and she was ranked 9th overall and had placed high enough to qualify herself for the all-around.

Moreover, Kerri Strug did a cameo on Beverly Hills, 90210.

Kerri Strug was presented in Marie Claire magazine's "The 8 Greatest Moments for Women in Sports".

Gavin MacIntosh was born on March 22, 1999, in Tucson, AZ. He is an American actor. At the age of ten, he started his career as an actor and model. Gavin MacIntosh is best known for his recurring role as Connor Stevens on the Freeform drama series The Fosters.