5 Celebrities born in the state of Oklahoma 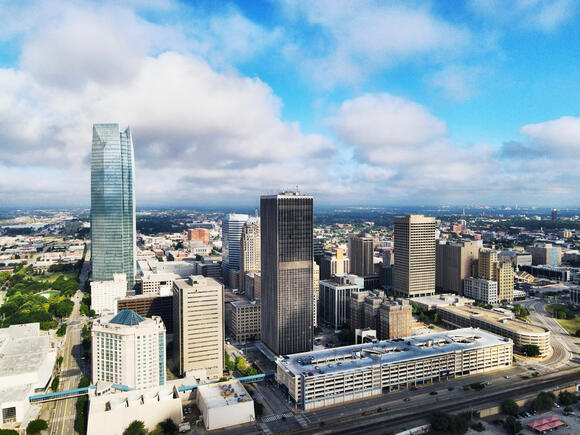 Photo by Justin Prine on Unsplash

The county seat of Oklahoma County ranks 25th among United States cities in population and is the 11th largest city in the South. The population grew following the 2010 census and is estimated to have reached 655,057 as of July 2019.

Oklahoma City has one of the world's largest livestock markets.

William Bradley Pitt was born on December 18, 1963, in Shawnee, Oklahoma, U.S. He is an American actor and film producer.

Brad Pitt first leading roles in big-budget productions came with the drama films A River Runs Through It (1992), Legends of the Fall (1994), and the film Interview with the Vampire (1994).

As a public figure, Brad Pitt has been named as one of the most influential and powerful people in the American entertainment industry. For many years, Brad Pitt was named as the world's most attractive man by various media outlets, and his personal life is the subject of wide publicity.

Brad Pitt is divorced from actress Jennifer Aniston and legally separated from actress Angelina Jolie. Pitt and Jolie have six children together, three of whom were adopted internationally.

Phillip Calvin McGraw was born on September 1, 1950, in Vinita, Oklahoma, U.S. He is also known as Dr. Phil, is an American television personality, author, and the host of the television show Dr. Phil.

Dr. Phil has a doctorate in clinical psychology, though he ceased renewing his license to practice psychology in 2006.

McGraw became known after appearing in The Oprah Winfrey Show in the late 1990s. Oprah Winfrey then helped McGraw launch his program, Dr. Phil, in September 2002. The show is formatted as an advice show.

William Scott Goldberg was born on December 27, 1966, in Tulsa, Oklahoma, United States. He is an American professional wrestler, actor, and former football player.

Bill Goldberg is currently signed to WWE on a part-time deal. He is best known for his time in World Championship Wrestling (WCW). Bill Goldberg has acted in various films and television shows, including Universal Soldier: The Return (1999) and NCIS: Los Angeles.

Bill Goldberg wrestled for All Japan Pro Wrestling (AJPW) between 2002 and 2003, and WWE between 2003 and 2004, becoming a one-time World Heavyweight Champion in the latter.

Carrie Marie Underwood was born on March 10, 1983, in Muskogee, Oklahoma, U.S. She is an American singer, songwriter, actress, author, entrepreneur, and record producer.

She became known after winning the fourth season of American Idol in 2005. Carrie Underwood's debut single, "Inside Your Heaven," made her the only country artist to debut at number one on the Billboard Hot 100 chart and the only solo country artist in the 2000s to have a number-one song on the Hot 100.

Carlos Ray "Chuck" Norris was born March 10, 1940. He was born in Ryan, Oklahoma, U.S. He is an American martial artist, actor, film producer, and screenwriter.

After serving in the United States Air Force, Chuck Norris won many martial arts championships and later founded his discipline Chun Kuk Do.

Chuck Norris has a black belt in Tang Soo Do, Brazilian jiu-jitsu, and judo.

Throughout his film and TV career, Chuck Norris diversified from his regular endeavors. Chuck Norris is a noted writer, having penned books on martial arts, exercise, philosophy, politics, Christianity, western novels, and biography. Chuck Norris was twice a New York Times bestselling author, for the books The Secret of Inner Strength: My Story (1988) and Black Belt Patriotism: How to Reawaken America (2008).