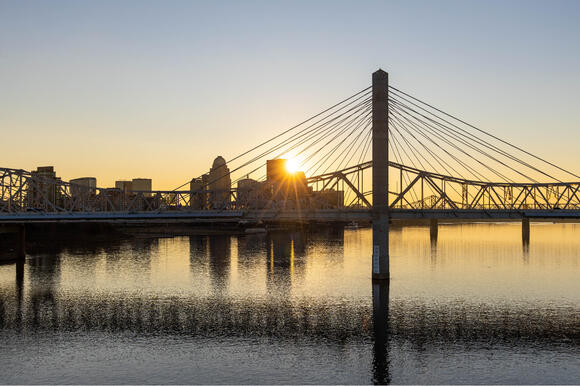 Photo by Miles Manwaring on Unsplash

Louisville was founded in 1778 by George Rogers Clark and it was named after King Louis XVI of France making.

Louisville is one of the oldest cities west of the Appalachians.

Joshua Paul Dallas was born on December 18, 1978. He is an American actor. Josh Dallas is best known for his roles as Prince Charming/David Nolan in the ABC television series Once Upon a Time (2011–2018) and Fandral in the Marvel Comics film adaptation Thor (2011).

In 2011 he played Fandral in the movie Thor.

In 2011, he began starring in the ABC series Once Upon a Time as Prince Charming.

Josh Dallas was cast as Ben Stone, the male lead, in the NBC mystery/drama series Manifest, which premiered on September 24, 2018.

Since 2018, Josh Dallas has starred in the NBC drama series Manifest.

Rajon Pierre Rondo was born on February 22, 1986. He is an American professional basketball player for the Los Angeles Clippers of the National Basketball Association (NBA).

Rajon Rondo played two years of college basketball for the Kentucky Wildcats before he was drafted 21st overall by the Phoenix Suns in the 2006 NBA draft.

Rajon Rondo was subsequently traded to the Celtics, where he played a supporting role during his rookie season. He was named to the All-NBA Third Team in 2011–12 and has earned four NBA All-Defensive Team honors, twice on the First Team (2009–10 and 2010–11).

He won a championship in 2008 as the team's starting point guard. Rajon Rondo has been known as an elite facilitator in the NBA, ranking fourth in Celtics history in assists and third in steals. Rajon Rondo is considered a stat-sheet stuffer, ranking 11th in NBA history for triple-doubles with 32 in the regular season, to go with 10 in the playoffs.

Margaret Cassidy Lawson was born on August 12, 1980. She is an American actress who is best known for her role as Detective Juliet "Jules" O'Hara in the TV show Psych. From 2018 to 2019, she held the recurring role of Nathalie Flynn on Fox's Lethal Weapon's third and final season.

Maggie Lawson starred in Boy Meets World, Smallville, Fear Itself, and in It's All Relative and Crumbs.

Lawson starred in the horror-comedy series Santa Clarita Diet as well as the movie Spivak in 2018.

For Hallmark Channel, she has starred in My Favorite Wedding and Christmas Encore (2017), The Story of Us, and the upcoming Christmas in Evergreen: Tidings of Joy (2019).

In 2020 Maggie Lawson played in the FOX comedy series Outmatched.

Robert Allen Riggle Jr. was born on April 21, 1970. He is an American actor, comedian, and former United States Marine Officer.

He played in Modern Family, The Hangover, The Other Guys, Let's Be Cops, Dumb & Dumber To, 21 Jump Street, 22 Jump Street, The Goods: Live Hard, Sell Hard, and Step Brothers.

He was the voice for a character in The Lorax and Hotel Transylvania 2.

D'Angelo Danté Russell was born on February 23, 1996. He is an American professional basketball player for the Minnesota Timberwolves of the National Basketball Association (NBA).

In 2014, D'Angelo Russell was selected as a McDonald's All-American and played college basketball for the Ohio State Buckeyes. He was the second overall pick in the 2015 NBA draft by the Los Angeles Lakers.

Playing point guard, D'Angelo Russell was named to the NBA All-Rookie Second Team with the Lakers in 2016.

In 2017, He was traded to the Brooklyn Nets and received his first All-Star selection in 2019.

In the 2019 off-season, D'Angelo Russell joined the Golden State Warriors via a sign-and-trade deal and was then traded to the Timberwolves at the 2020 trade deadline.