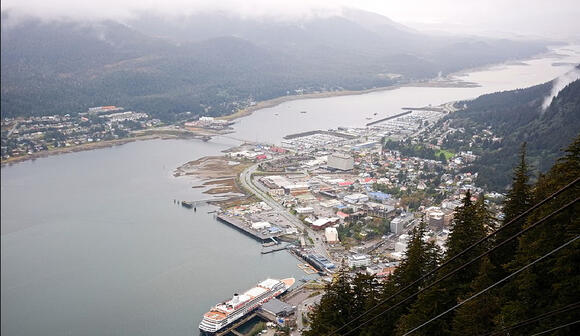 The City and Borough of Juneau, known as Juneau, is the capital city of Alaska. It is a unified municipality and the second-largest city in the United States of America by area.

Charles Michael Melton was born on January 4, 1991. He is an American actor and model. Charles Melton is best known for his roles as Reggie Mantle on The CW television series Riverdale and Daniel Bae in the film The Sun Is Also a Star (2019).

Before he was successful as an actor, he was first successful as a model. He was a model for Dolce & Gabbana, Kenneth Cole, and MAC. Charles Melton first acting roles included guest spots on Glee and American Horror Story.

In 2017, Charles Melton caught the attention of the public and media, when he was cast as Reggie Mantle in the second season of the CW series Riverdale.

Charles Melton replaced Ross Butler, who left the cast because of his commitment to 13 Reasons Why.

He played in The Sun Is Also a Star, the film adaptation of the book of the same name by Nicola Yoon.

Charles Melton is the first Asian-American actor to lead a teen romance film from a major Hollywood studio.

Anna Graceman is an American singer, songwriter, and recording artist whose self-penned songs and music have garnered national recognition.

Anna Graceman has been featured on The Ellen DeGeneres Show, America's Got Talent and CBS News.

Her latest studio album released was in 2020, The Way The Night Behaves.

From ages 6 to 16, she had written, released, and performed 70 of her songs, many of which were self-released as singles and album compilations.

When she was 11, she gained wider popularity with her performances in the sixth season of America's Got Talent competition.

Anna Graceman writes both the lyrics and the melodies for all of her songs.

She records for her own independent label, Another Girl Records.

In 2013, she performed 43 shows at The Palazzo Theater in The Venetian Hotel and Resort for eight weeks.

In 2016, Anna Graceman and the Graceman band performed at the 2nd annual Pilgrimage Festival in Franklin, TN.

In 2020, Bebe Rexha combined Graceman's song with that of fellow contestant Greg Scott and chose the song as the episode's winner.

In 2013, the International Songwriting Competition announced that Anna Graceman is a finalist. In 2014, she moved to Nashville, Tennessee to pursue her songwriting and work with the musicians there.

Janet Patricia Gardner was born on March 21, 1962. She is an American rock singer.

Janet Gardner is best known as the former lead vocalist and rhythm guitarist of the all-female glam metal band Vixen joining, in 1983.

Janet Gardner was the band's longest-serving vocalist having performed on three of the band's four studio albums. In 1992, When Vixen broke up, she took a hiatus from singing to pursue personal endeavors.

Janet Gardner unofficially reformed Vixen in 1997 with drummer Roxy Petrucci. In 2001, she returned to Vixen.

She later started stying to become a dental hygienist.

In 2004 Janet Gardner took part in a Vixen reunion for a one-night-only gig as part of VH1's Bands Reunited TV show. Janet Gardner returned to Vixen full-time in 2012.

In 2017, Janet Gardner released her self-titled debut solo album and in 2019 decided to leave Vixen to focus on family and her solo career indefinitely.