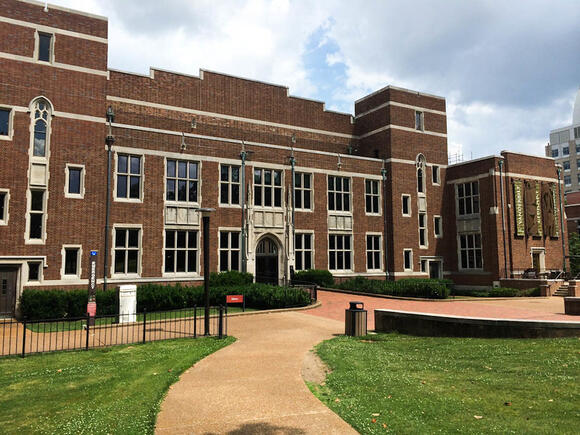 NASHVILLE, TN — As part of its revived commitment to combat racial injustice, Vanderbilt University has become the newest member of the Universities Studying Slavery consortium working towards a more inclusive and inviting campus community.

“Vanderbilt’s membership in this consortium signals our dedication to a rigorous study of our institutional history,” Chancellor Daniel Diermeier said. “We recognize the importance of exploring and acknowledging the legacies of racial injustice and segregation through scholarship and rigorous research.”

The consortium, which was founded and is directed by the University of Virginia, began in 2014 with five Virginia schools and universities actively investigating their institutional connections to the slave trade.

Numerous Vanderbilt academic members are leading research studies and projects on the histories of enslavement and racial injustice in Nashville and throughout the world.

These include the following:

The Slave Societies Digital Archive, has conserved over a million pictures of endangered religious and secular documents relating to Africans and African-descended peoples in slave societies.

Jane Landers, Gertrude Conaway Vanderbilt Professor of History, created and directs the archive, which has documented the lives of approximately 6 million free and enslaved Africans, their descendants and the indigenous, European and Asian people with whom they interacted.

Black Lives and Liberation series, published by Vanderbilt University Press and co-edited by history professor Brandon Byrd. The series has two overall goals: to explore social justice and activism by Black people and communities throughout history to the present, including the Black Lives Matter movement and the evolving ways it is articulated and practiced throughout the African Diaspora; and to examine everyday life and culture, rectifying well-worn "histories" that have excluded or denied the contributions of Black Lives

Circum-Atlantic Studies, sponsored by the Robert Penn Warren Center for Humanities and co-directed by Jane Landers, Daniel Genkins and Theron Corse, Professor of History, Geography and Political Science at Tennessee State University. It focuses on the topics of Atlantic slavery, colonialism and post-colonialism, with most sessions focused on an invited talk or a pre-circulated discussion. Participant research links Africa, Europe, America and the Caribbean and covers a range of campus constituencies.

NASHVILLE, TN – Are you seeking a brunch spot that can help you recover from a hangover? On Bransford Ave, Punky Griddle is the finest option. Pfunky Griddle is a Nashville all-you-can-eat restaurant. The owner allows consumers to prepare their own meals.

NASHVILLE, TN - Are you looking for the best Airbnb or hotel in Nashville? Misfit Home is the finest place to stay for a short period of time before making a bucket list for your Nashville visit.

NASHVILLE, TN - Frist Art Museum invites Art Teachers from elementary, middle school, and high school across Nashville and Davidson County to submit their masterpiece in the upcoming exhibition, Nashville Art Teacher: Beyond the Classroom. The exhibition is dedicated to honoring Alma W. Thomas, a Washington art teacher and also the first African-American art teacher to have her own exhibition in Whitney Museum of American Art in 1972.

Where to go berry-picking in Rutherford County

RUTHERFORD COUNTY, TN - Have a weekend family trip for berry picking and outdoor activities in Rutherford County. These farms have strawberries, blueberries, and even blackberries.

Where to have your meals in Murfreesboro

MURFREESBORO, TN — Murfreesboro neighborhood has a lot of food to offer to its customers. The restaurants in Murfreesboro offer guests a different dining experience with a variety of food options. Some restaurants have bars where guests can also enjoy some drinks during the day or night time. Check the list to find dining options in the Murfreesboro area.

Launch Tennessee announced committee in search for next CEO

NASHVILLE, TN - The Launch Tennessee (LaunchTN) Board of Directors announced Friday, Aug. 27, the formation of a 12-member search committee to spearhead the organization's efforts to find its next Chief Executive Officer. The group will conduct its first organizational meeting next week, following which the committee's methodology will be disclosed.

Cheekwood to open the Reflecting Pool after finishing restoration project

NASHVILLE, TN - Nashville's art museum and botanical garden, Cheekwood, in partnership with Vanderbilt Health, has announced the schedule for Wellness 360, adult wellness and rejuvenation program for senior communities in Nashville. Wellness 360 offers series of weekly events consisting of yoga classes, pilates sessions, and talk shows about meditation and mindfulness. Wellness 360 is held from July to October, taking place in several areas in Cheekwood.

Get ready for Nashville’s Brew Fest 2021

NASHVILLE, TN - Many women and children today are battling it out in a toxic relationship. To help women in these situations, the Mary Parrish Center is prepared to assist survivors of sexual violence and women's abuse in achieving a better quality of life.

NASHVILLE, TN – Way Late Play Dates: Little Corvette is a fundraiser event for adults 21 and up on Thursday, September 2nd, 2021, that allows attendees to explore a science and culture display featuring cars, music, and the 1980s at Adventure Science Center.

NASHVILLE, TN - Nashville Black Chambers of Commerce has announced its upcoming business event, Building Strong Bridges to Our Future, this Tuesday on Aug. 31. The business event features African-American business partners and professionals in the Real Estate and Development Industry. Building Strong Bridges to Our Future provides black professional and business communities in Nashville and neighboring counties to connect and develop relationships with business experts.

FRANKLIN, TN - Get your caffeine shots at these Franklin's most-loved coffee shops. They serve various coffee beans, black or creme, with or without sugar. The Coffee House offers vintage and cozy corners to enjoy the coffee with. The shop is decorated with rustic wall decorations, house plants, and a classic interior. The Coffee House serves premium coffee roasts, from light roast to dark roast, with selections of sandwiches, crepe, and salad to accompany the coffee. Customers can also get non-coffee beverages such as lemonade, tea, and kombucha.