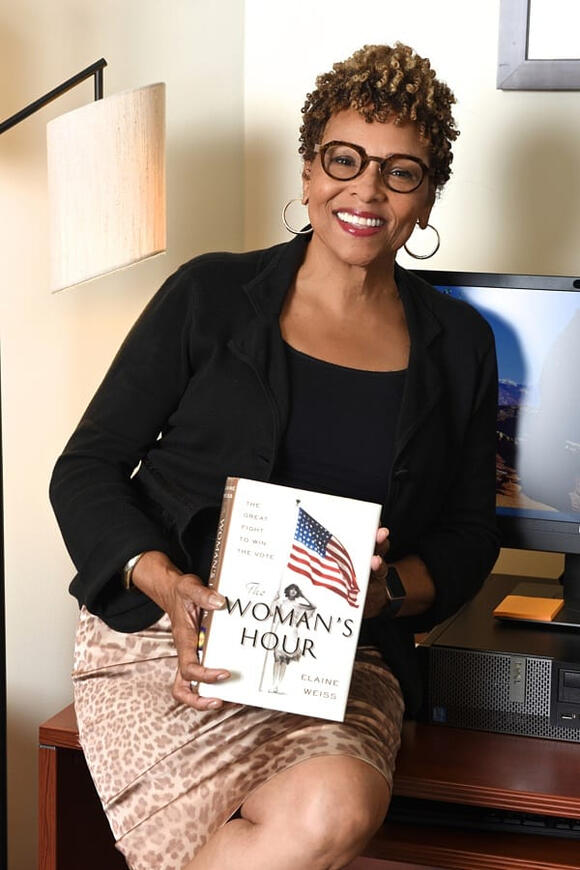 NASHVILLE, TN — Joyce Searcy, director of community relations at Belmont University, was elected as the board president for The Nashville Public Library. Joyce Searcy is the first African American to serve as president in the Library Board’s history. Searcy will sit alongside Vice President Katy Varney and Secretary Robert K Oermann.

Searcy said, “I am excited to serve the city as NPL board president because the power of the library to connect with the community, foster common ground and fuel passion for learning is more important now than ever.”

Searcy assumes that she was elected because she had been devoted to the Library Board member since 2012. She succeeds Keith Simmons, a former managing partner at Bass, Berry & Sims, who has served as chair since 2011 and a founding member of the Nashville Public Library Foundation and will remain on the board.

Kent Oliver, Nashville Public Library Director stated that it is an honor to have Searcy elected because she is committed and an engaged member of the board. He believes that Searcy’s leadership will lead the library in a positive direction.

Simmons, as the former president, made NPL evolve as one of the finest public institutions in Nashville. During his guidance and leadership, the NPL was recognized as the 2017 Gale/Library Journal Library of the year. He also recently opened Votes for Women, a permanent exhibit in the Main Library to explore the history and ongoing impact of the 19th Amendment, in August 2020.

Simmons said, “I decided that it was now time to step aside as board chair, even as I remain on the board as a loyal and participating board member, and pass board leadership along to other capable hands. I am thrilled that Joyce Searcy will be taking my place. She is an experienced board member and supporter of the library and its work.”

Bars along the lakeshore in Nashville

NASHVILLE, TN - Nashville is recognized for its numerous bars, each of which offers unique food, service, and live music that complements the bar's concept. The majority of Nashville's bars are in the city's proximity, where a large number of people gather to party.

NASHVILLE, TN – During this COVID-19 pandemic, many people tend to have fewer activities due to the restrictions on the community. Rather than just sitting around at home doing nothing, people should get out or exercise to stay fit and healthy. Long Hunter State Park is a good choice for Tennesseans to spend their outdoor activities.

The Gumbo Bros southern restaurant to visit in The Gulch

NASHVILLE, TN - A superb culinary experience can be established when food is properly delivered and accompanied by smiles and a welcoming ambiance. Gumbo Bros., a Cajun restaurant in The Gulch Nashville, is worth a visit.

NASHVILLE, TN - Have you become tired of the same old activities? Why not try a new activity, like visiting Paddywax Candle Bar. It is a great place to go where you can make your own candles.

Urban Farmer Nashville is due to open this October

NASHVILLE, TN — Hutton Hotel just announced the fourth restaurant, the award-winning Urban Farmer Steakhouse, will be open this fall in October. Urban Farmer Nashville is bringing more than 20 years of experience in casual and fine dining restaurants worldwide. The restaurant will be the first branch to open its restaurant in Nashville.

NASHVILLE, TN - Why not make the most of your free time by engaging in a fun indoor activity? Learn about the history of your favorite classic cocktails and how to properly prepare them with Standard Proof Whiskey by joining a cocktail class.

Where to get your makeup done in Nashville

NASHVILLE, TN – Are you looking for a makeup artist who understands your personal style while staying within your budget? There are a few salons in Nashville that can help you achieve your best makeup at a reasonable price.

NASHVILLE, TN - It's been one week since the devastating floods in Waverly, Humphreys County, and surrounding areas. The flood has cost a lot of damage for the residents around the area, even killed more than 20 people in the process. You can still help the victim by donating some things that they need in these locations, as some organizations still accepting donations to be distributed to Waverly.

NASHVILLE, TN - The Tennessee Titans just finished their 2021 NFL preseason campaign, as they lost the final game against the Chicago Bears 24-27 on Saturday, Aug. 28 at the Nissan Stadium. The Titans finished the preseason with a 2-1 record, and now they're looking forward to the 2021 NFL regular season kickoff on Sept. 12 against the Arizona Cardinals.

NASHVILLE, TN - Tennessee Titans head coach Mike Vrabel may have missed the action on the Titans' final preseason game against the Chicago Bears, but he made sure that he watched the game while in quarantine and made evaluations on his squad. Vrabel has been in quarantine since last week after he tested positive for COVID-19. In a video conference call with the media on Sunday, Vrabel said that he has been feeling fine and great while in quarantine at home. But he still need to be tested negative before coming back to Saint Thomas Sports Park to oversee the Titans practice before the start of the regular season.

Where to find Japanese cuisine in Franklin

WILLIAMSON COUNTY, TN — People are sometimes too busy with their activities and have no time to prepare food. Food delivery services can come in handy. Check the list to find out which restaurants in Williamson County offer delivery services.

NASHVILLE, TN - Nashville's heavy music communities and fans are anticipating the upcoming show of Arizona death metal group, Gatecreeper, on Sept. 5 at DRKMTTR. There will be also featuring acts from locals metal scene groups such as Nashville's hardcore band, Thirdface, and Nashville's death metal band, Mortius. In the upcoming show in Nashville, Gatecreeper is expected to perform some hit singles from the album such as Craving Flesh, From the Ashes, Deserted, Emptiness, Starved, and many more.

Food and cocktails near Wildwood Resort in Granville

GRANVILLE, TN - Whether it is a quick getaway or a longer stay in Wildwood Resort, there are many fun activities to do around the area. Here are three taverns and taprooms if you are looking for liquor, food, and live music.

CROSSVILLE, TN – Whether for the flavor of the food, the friendly people, or the ambiance, there is something about Chinese restaurants that makes you always want to come back more. If you feel like having Chinese food, here are some of the Chinese restaurants in Crossville for you to visit.

NASHVILLE, TN - Nashville is the capital and most populous city of Tennessee. Entertainment, culinary, cultural, and architectural attractions are available around the city. It's no surprise that Nashville is one of the best choices to have a bachelor party with its numerous pubs, live music on every corner, and rich history. We have made a list of how to celebrate your bachelor party in Nashville.

Five Things to do in Franklin, TN

FRANKLIN, TN — Located just 21 miles away from Nashville is the City of Franklin. Franklin is known for its vibrant music scene, festivals, and historic main street. Franklin is also the seventh-largest city in Tennessee. Here is the list of places to visit in Franklin.

MONTGOMERY COUNTY, TN — Most people need coffee to start their day. They like to grab their coffee on the way and continue with their day. Here are some of the list of the coffee shop that spread across Clarksville in Montgomery County.

NASHVILLE, TN – Don’t know where to shop in Germantown? Check some of these local stores to buy your new clothes or decorations for your home!. 1. ABEDNEGO (1212 4th Avenue North Nashville)

NASHVILLE, TN - On Saturday, Aug. 28, when the Tennessee Titans play against the Chicago Bears in the final preseason game at Nissan Stadium, a new food vendor is going to greet the Titans fans inside the stadium. Slim & Husky's Pizza Beeria will open multiple locations inside Nissan Stadium starting on Saturday's game.